The Dark Side of the Brownlows for Women 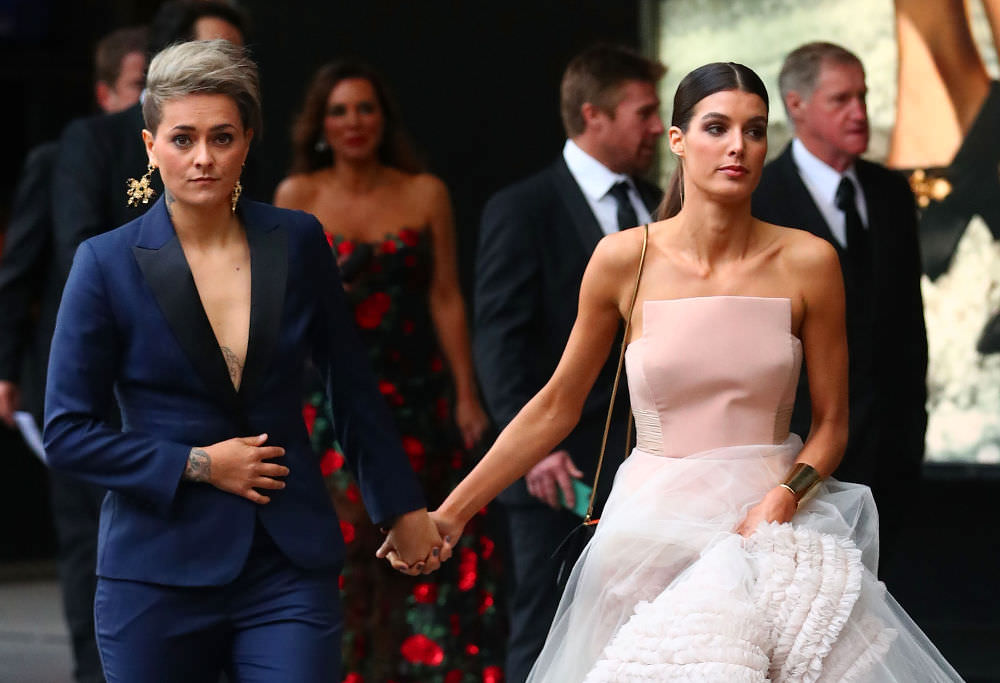 Its time that the Brownlow medals start to respect the women that walk the read carpet.

The Brownlow Medal, awarded to the AFL’s best and fairest, was held this week in Melbourne. The “night of nights” not only featured the cream of the AFL crop, but also countless women being observed, celebrated and critiqued for their appearance. In the majority of red carpet interviews, reporters focused on the one hand on the player’s careers, and on the other, the women’s choice of attire, with the most common question being “Who are you wearing?” And social media was a flutter with praise for women who had got their fashion choices ‘right’ and criticism for those who were deemed to have missed the mark. The Brownlows are a notorious haven for casual sexism. At the 2011 Brownlows, women were rotated on an elevated platform known as the ‘fashion pod’ during the red carpet, like meat on a rotisserie.  In 2012 Triple M hosted an online competition called “Wag of Origin” focusing on which code of football had the hottest WAGs. Visitors to the Triple M website could vote ‘rock’ or ‘shock’.  And this year, viewers at home were encouraged to vote for the best dressed on the red carpet. Of course, there is always the trip back down memory lane, when the producers of the show roll out 14 year old footage of what the wives and girlfriends had worn, sometimes regrettably. This constant focus on a women’s looks at the brownlows perpetuates the notion that they are objects that are to be valued for their physical appearance, rather than their accomplishments or contributions to the world.

At a time when community education around the prevalence of domestic violence is rising, millions is being spent on trying to combat the issue and the link between gender equality and family violence is becoming more overt – women continue to be so openly objectified – and bullied. And what’s worse, it is sometimes a crime committed by other women.

This is exactly what one Facebook page, Fashion Critical does. Appallingly, it does so anonymously. On Tuesday, it published its “Brownlows Album”, which has since been deleted, but not before the damage was done. The Album featured some 50 women, publicly shaming their outfit choices, and inviting its followers to contribute their views. Attention to the page itself was brought to me by someone dear to us. She is not a celebrity nor does she pretend to be one. Although a quick search revealed Kylie Brown took issue with the page last year. This friend is not a model, and most certainly does not receive generous offerings of designer dresses; she even does her own make-up . She attends the Brownlow because its a night out with her husband. Its a work function. And its fun. But this year she was featured on the Fashion Critical Facebook page, and under the comments about her dress, some 40 other women added their comments, which critiqued far more than her outfit. The only thing worse than the objectification of women is the objectification of women by other women. As this wife, mother and professional in her own right tried to find the humour in what had been written, she simultaneously found herself retreating to her room, wanting to sink into a giant hole and never come out. Shame on those who gutlessly hide behind the veil of anonymity the internet and use it as a means to bully others. The legal name for what she was experiencing is cyber-bullying and it is a crime under either VIC or national law, including when it involves using the internet or a phone in a threatening, harassing or offensive way. A message or post could be considered offensive if it is likely to cause serious anger, outrage, humiliation or disgust, and, it comes with a maximum penalty of 3 years in jail. Prime Minister Turnbull stated last week that “Disrespecting women doesn’t always result in violence against women but all violence against women begins with disrespecting women.” Men and Women should be standing up for equality and challenging the persistent stereotypes about women. This is not a time for women to sink to new lows in their attacks on other women, but a time to rally together to work towards a culture that values women for their character and their humanity, not their appearance.  So next time you want to judge a book by its cover, remember that she is a person with feelings and a whole lot more to her than just looks. Because until we stop judging women based their appearance, gender inequality will continue in our country and no amount of funding will be able to combat domestic violence. If you are experiencing cyber-bullying, go to the Australian Human Rights Commission’s Fact Sheet for support.
PrevPreviousThe Matildas will finally be recognised as professional athletes
NextWomen We Love: Jess HalloranNext