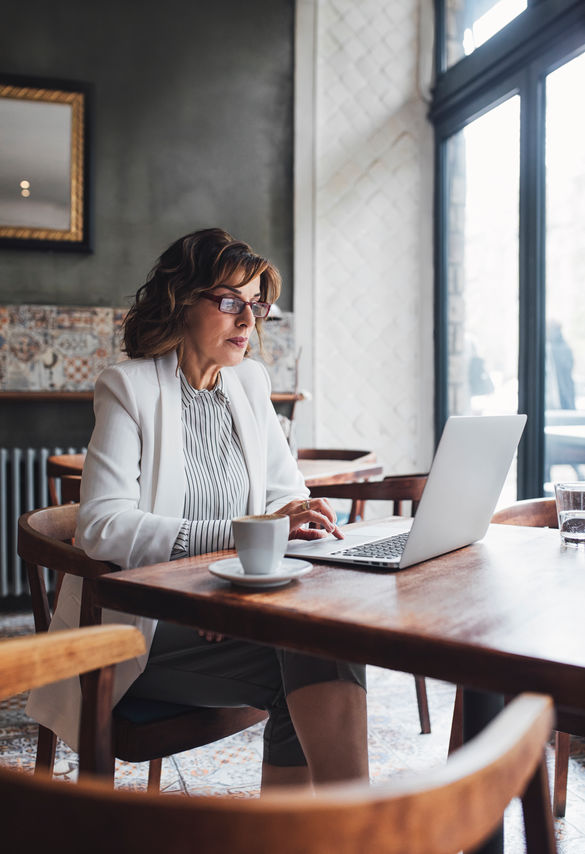 Prue reflects on her frustrations with the narratives we give to parents about the "ideal mother" and the "ideal worker", which are completely incompatible

At a coaching session with a new father last week, I was asked about my thoughts on the best solution for childcare. In my experience, there is no perfect solution to childcare – and for me, that includes me staying home full time to care for the little people I love and adore. But what continues to frustrate me, is that the narratives we give to parents about the “ideal mother” and the “ideal worker” are completely incompatible, as evidenced by the high rates of pregnancy discrimination and an ongoing flexibility stigma – particularly when it comes to men. It’s a narrative that so often fuels guilt and anxiety, and of course gendered stereotypes that hold talented women back from working, and caring men back from nurturing. And nowhere, do we educate new parents (let alone grandparents) about the benefits of a quality early childcare in which children will actually be better off!

What does childcare mean for gender equality?

We need look only to the US where the election campaign being run by Hillary Clinton appears to be far more progressive on that front. Indeed, it was no coincidence that Clinton made gender a central theme in her major economic speech of the start of the election cycle last year. Clinton advocates that paid parental leave, childcare, flexibility and equal pay are essential to a nation’s “competitiveness and growth,” referencing an estimated $3.5trillion in economic growth flowing from an increase in female participation in the workplace.

She is not alone in her views on the benefits of closing the gender gap, with the likes of Goldman Sachs’ chief economist, Tim Toohey, who estimates that closing the gap between female and male participation would increase economic activity in the country by $195billion, and Klaus Schwab, founder and executive chairman of the World Economic Forum who states:

“People and their talents are two of the core drivers of sustainable, long-term economic growth. If half of these talents are underdeveloped or underutilized, the economy will never grow as it could.”

That position is, too, consistent with the views of both of the major parties in Australia, who claim a commitment to raising the women’s workforce participation rate and working towards the G20 goal of narrowing the participation gender gap by 25% by 2025. And yet, in the recent election neither party appear to have the policies to take action beyond the rhetoric?

Why then, if productivity and innovation are so critical, are our political leaders failing to invest in policies in support of the very business case that can achieve economic growth and reduce poverty for all – not just women?

Of course, such a position is consistent with the views of both of the major parties in Australia, who claim a commitment to raising the women’s workforce participation rate and working towards the G20 goal of narrowing the participation gender gap by 25% by 2025 – but neither appears to have the policies to take action beyond the rhetoric. The close election outcome may at least have put paid to the Coalition’s plans to reduce the current paid parental leave scheme for some 80,000 working mothers – but on childcare, flexibility and paid parental leave for men, the parties’ policies were remarkably disappointing.

And it seems I wasn’t the only one to think so: a group of 34 academics from 16 universities who form the Family Policy Roundtable, criticised both major political parties for failing to provide the right policies to improve labor force participation for women. The Work and Family Policy Roundtable last month released a number of priority areas it believes Australia should pursue to aid workforce participation and support caring responsibilities. The group has found that on many such priorities, the major parties are actually taking us backwards – even though there is indisputable evidence that increasing female participation in the workforce will grow the economy. Some economists argue closing the wage gap would lift nearly half out of poverty, according to a report from the Institute for Women’s Policy Research.

If productivity and innovation are so critical, then why have our political leaders ignored investment in the very business case that can achieve economic growth and reduce poverty?  Is it the case that we are distracted by their holistic value, because we continue to paint them as “women’s issues?” when it is clearly not women alone that benefit. Let’s take a quick look at the evidence supporting that proposition when it comes to early learning. Because inadequate policies are not just failing women.

“ If the race is already halfway run even before children begin school, then we clearly need to examine what happens in the earliest years.” (Esping-Andersen, 2005)

As parents and as citizens we ought to be concerned by the failure of consecutive governments to invest in an early learning framework that is at least competitive with the rest of the world. Research indicates that investments in the first 5 years of a child’s life can produce high rates of return and spur economic growth, with the Perry preschool study finding that “a high-quality program for young children living in poverty, over their lifetimes, improves their educational performance, contributes to their economic development, helps prevent them from committing crimes, and provides a high return on taxpayer investment”. Childcare is only partly about enabling parents to work, which is why means testing based on the ‘work test’ makes absolutely no sense.

While Australia has increased it’s investment in early childhood education, it has not been reflected in high levels of early childhood participation, with just 18% of 3 year olds participating in early childhood education, compared with 70% on average across the OECD. In this respect, we rank at 34 out of 36 OECD and partner countries.  We are also falling behind according to PISA tests. The OECD’s Pisa rankings compare the test results of 15 year olds in countries and regional education systems. PISA tests show that Australia’s educational performance scores had dropped substantially between 2003 and 2012.

Goodstart Early Learning recently played host to some of the world’s leading early learning thinkers, who were consistent in high lighting the benefits to children of early learning – children who have high quality preschool were 2.5 times more likely to get a good grade in English and 3.4 times more likely to get a good grade in Maths. The benefits of early learning are no longer debated by UK politicians, with all 3 and 4 year old children being able to access 15 hours of free early learning education, and for children of working parents this is increased to 30 hours, while for disadvantaged children, access is available from the age of 2.

Take a quick look at the state of play by watching this 90 second clip by Goodstart Early Learning on the impact of investing in early learning:

Australia needs policies that reduce the burden of competing interests of care and competition, that reduce the prevalence of the poor and vulnerable in our society and that recognise the impact these policies have on our economy. Maybe it’s time to take the pink lens off because the reality is, paid parental leave and early learning policies aren’t just about women – they’re about equality, innovation and prosperity. Australia, it’s time to do better.

Goodstart Early Learning – Australia is falling behind from Goodstart Media on Vimeo.
PrevPreviousDads are parents too
NextWhat is Grace Papers? Well that depends…Next