Dads are parents too 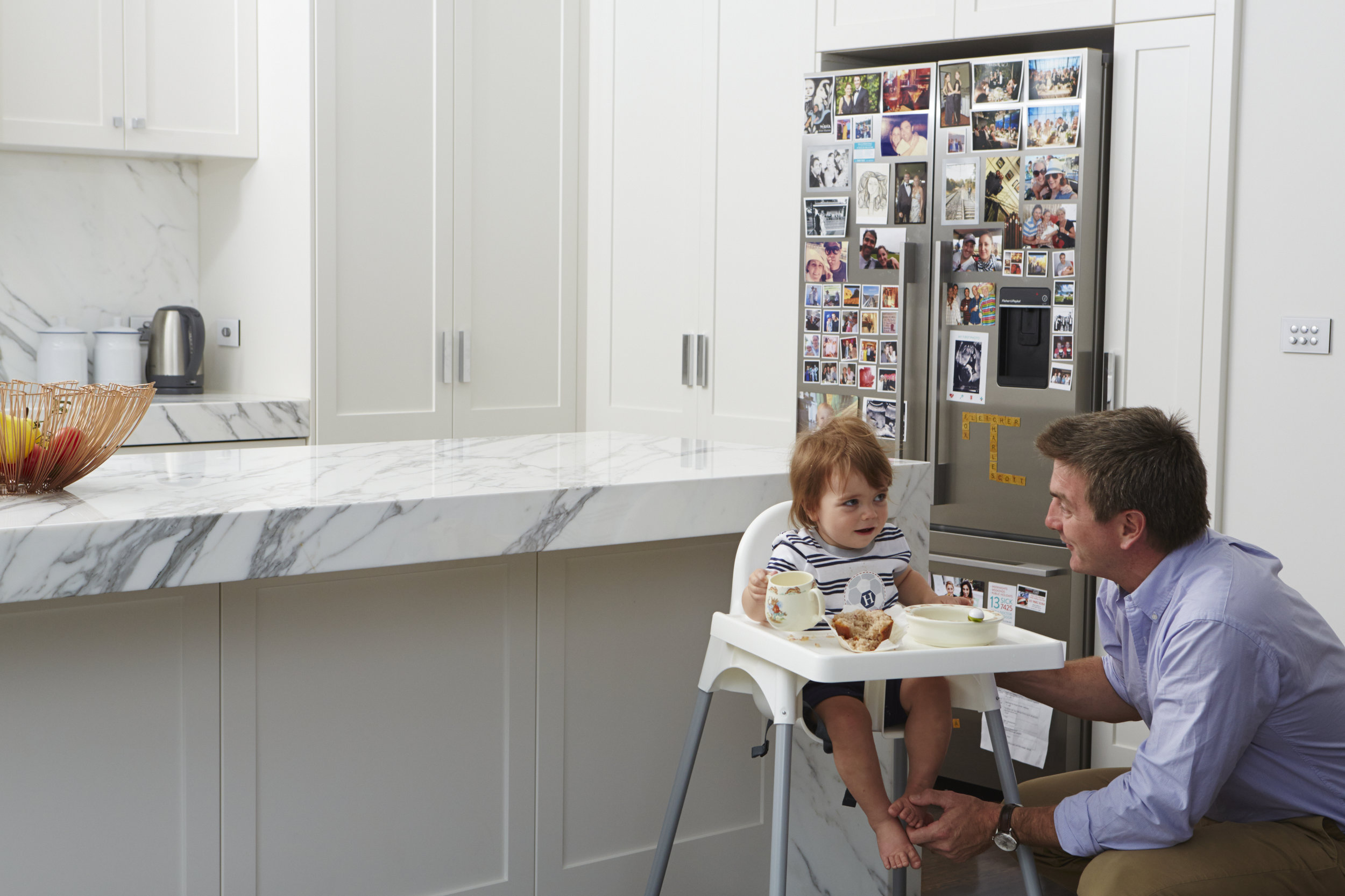 We give lots of attention to working mums, but what about the struggles faced by working dads?

When was the last time you heard a man asked how he balances career and parenting responsibilities?

We hear are a lot about “working mothers”; their pregnancy, their struggles with returning to work, their childcare issues, how they manage to ‘hold onto’ their career after having kids, but the term “working dads” rarely rates a mention. They’re just ‘dads’. Work is ingrained in the male identity, but for women it’s an add-on, a bonus word. And while we know that women and men are both perfectly capable of being CEOs and parenting, our society, our businesses and our government policies continue to conform to gendered stereotypes that have men at work winning the bread and women at home parenting. And it’s damaging for everyone. As Lisa Wilkinson said on the Today Show recently while attacking the comments Bill Shorten made as he announced Labor’s $3 billion childcare package, “parenting is about sharing responsibilities,” which includes the burdens and the joys. Mums shouldn’t be the only ones in charge of all the unpaid work (childcare, housework) or the only ones able to attend the morning school concert. And men shouldn’t be the only ones entitled to focus on and prioritise career. Both mums and dads are entitled to the freedom to career and to care. But the unfortunate reality for many Australian families is that gendered stereotypes still play a leading role.

It is the women who are doing the caring.

It is the women who are managing career around family needs.

It is the women that are doing most of the domestic and unpaid work. Research from the Australian Institute of Family Studies has found women spend almost twice as much time on housework and childcare than men, even when they increase their time in paid employment. It’s not a reality I like, and it certainly is changing and not present in all families – but due to entrenched gender stereotypes, the gender pay gap, inequitable parental leave entitlements between men and women and workplace flexibility and gender stigmas, this gendered divide is what makes financial sense and is the reality for many Australian families. The average Australian woman starts her full-time career on almost 12% less than her male counterparts. She has her first child at 28.6, while her partner is 33 – 4 years and a gender gap  ahead in salary. She takes an average 13 months off for maternity leave and reduces her earnings by 12% for each child she conceives. So the traditional family model continues to operate in which the mother becomes the carer and the father stays on his career trajectory. But just because it is the reality doesn’t make it right or mean that it should continue. It’s time our political leaders, business and society stop singling out ‘working mothers‘ and excluding dads from parenting policies and parenting conversations. Because dads are entitled to balance career and family too. The Grace Papers program can support you and your partner to manage gender stereotypes and share the care. What’s more, we can set your partner up with free access to the mums or dads program. Contact Aja our Community Manager to find out more, aja@gracepapers.com.au
PrevPrevious#TryBeatingMeLightly- Violence Against Women in 2016
NextChildcare and Combatting Workplace Gender InequalityNext