We need Male Champions of Change in Education 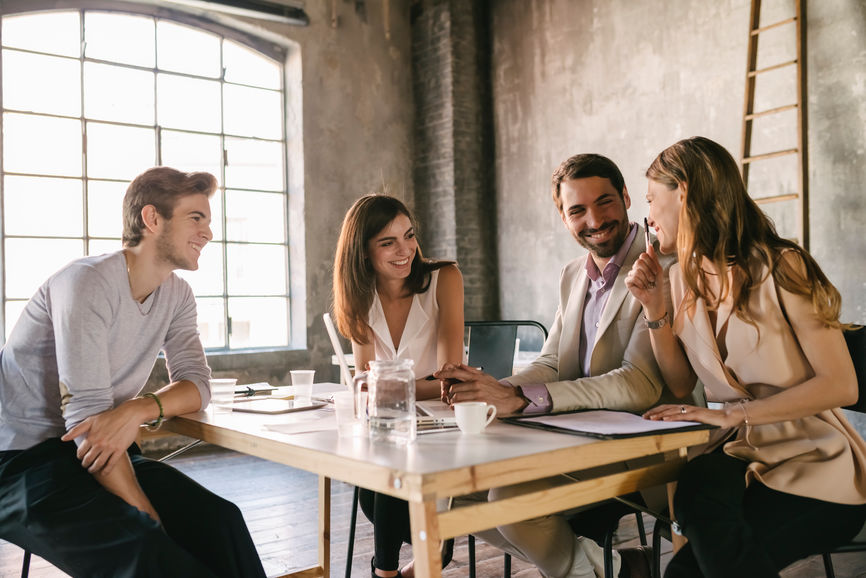 We take a look at the need for male champions of change in Australia’s education system.

Spirituality means waking up. And one might argue that the more than 60 men who have signed up to become male champions of change have had a spiritual awakening, because as David Morrison, retired Chief of the Army explained to an audience I was in yesterday, ‘once you see gender inequality, you can’t unsee it…And you start seeing it everywhere.’ Of course Morrison also rightly pointed out that their not seeing gender inequality is, for the vast majority of men, not mal-intentioned. “They do not set out to discriminate in their daily lives, nor exclude people for their own benefit. But, because from the moment of birth they have been encapsulated in the culture which helps define us all as family members or members of a sporting team, or a profession or indeed as a nation, they don’t see the issues that are confronted by virtually all women. Its not that they are deliberately excluding the female perspective, its just that they are doing very well off at the moment under the existing order of things and there is no imperative for men to think about the world from a perspective that is alien to them.” I whole heartedly agree. And if you read our newsletter last week, you would know that there are plenty of signs of HOPE that we are on the road to achieving gender equality. But if, as Morrison argues, we agree that our culture reinforces gendered expectations from the moment we are born, then we need a spiritual awakening in institutions charged with the education of boys and girls.

This year, we entered the education system. Our eldest began prep, while our #2 commenced kinder. But while the children are moving forward, we, with our eyes open to gender inequality, feel like we’ve stepped back in time! Let me be clear, the teachers have been beautiful. Our children are happy. But the system, the attitudes and behaviours…it’s like a time warp, reinforcing the very gendered stereotypes the corporate world is starting to address. The education system, it would seem, from school hours to holidays, reinforces established norms that advantage men in the corporate sector: how many parents can hold down a meaningful job working 9-3, with 12-15 weeks of annual leave each year? And why, in the most comprehensive review of our education system, did the Gonski Report not seek input nor make recommendations as to the impact of this system on our success as a nation to grow our GDP? Let me spell it out: we need more women in the workplace if for no other reason than to fund the health care costs of baby boomers! Our personal experience though, is that school hours are just the tip of the iceberg. It’s what we are teaching our children about gendered norms that is of most concern. This year, we’ve attended fathers dinners and mothers lunches where the dads listen to sporting has beens and the women are unknowingly judged for their fashion choices (on one occasion by men!). We’ve done tuckshop – the exclusive domain of mums. And we’ve done parent helper in the classroom and learned that its certainly not the cool thing for Dads to do, even though their workplaces are advocating flexibility and parent helper takes place for 1 hour a month at 9am. In the midst of fostering my thoughts for this piece, I came across this article by Kasey Edwards at Daily Life, which has provoked much conversation. In it, she says: “If schools and community groups can only operate off the backs of women’s unpaid and unrecognised labour, then the model is broken.” She argues there is a double standard: expecting women to do unpaid labour, while at the same time judging them if they, like most of the dads, prefer to do something else with their time.

BUT PARENTS TOO NEED A SPIRITUAL AWAKENING.

On International Women’s Day, I was invited to address the parents and students at my old school, and in doing so I spoke about how Grace Papers works to address discrimination, and that 1 in 2 women experience some form of pregnancy discrimination. To be honest, I naively thought because women comprise 65% of the education sector’s workforce, and that because positions were held open for up to 7 years after you have a child, it wasn’t an issue. So I was surprised to learn, that those who drive discriminatory attitudes in those schools seeking to accommodate flexible return to work arrangements for teaching staff, are in fact parents. The principal told me that her phone rings off the hook when she agrees to a job share arrangement in the junior school. Oh the irony! Parents sending their daughters to a private girls school that fosters independence and success, only to actively reinforce the gendered stereotypes that will ultimately affect their own daughters!

AND IT MUST BE ZERO TOLERANCE, NOT ‘BOYS WILL BE BOYS’.

How many times do we hear that phrase, or a variation of it, not just in words, but in deeds. I believe in forgiveness. I believe in second chances. But I also believe that if we are to create a society which values women and men equally, then we must have a zero tolerance policy to behaviours and attitudes that are inconsistent with what we are trying to achieve. Which is why it concerns me that, in their public responses to the issues around sexting, social media attacks, scamming, and so forth, that the single sex schools involved continually fail to respond with a zero tolerance policy. “The school’s view is that this is a matter for the families and individuals involved,” said one.  “…is treating this matter very seriously and is taking disciplinary action against those concerned,” said another. While the Herald Sun reports another told parents that it’s scandal was a prank. This 3 minute address is what zero tolerance in an institution looks like: David Morrison’s 2013 address has had more than 1.6million views. The irony, of course, is if the Army is changing, we know the world is moving forward. So those not on board are likely to get left behind. If, as Nelson Mandela claimed,’ education is the most powerful weapon which we can use to change the world’, then what are we teaching our children about gender equality if we continue to foster these gendered stereotypes in the very places our children are supposed to be gaining their education? It’s time for a group of male champions of change, to step up beside women, in the education sector. Of course, if you read our newsletter incorporating with this piece, you’ll also learn that there are awesome things happening in the Education sector to actively promote respect for women and to address gender inequality. From the launch of the first accredited subject in the Australian curriculum that addresses gender inequality, to a tutoring program at no extra cost to parents for students in years 5-12 that actively supports working parents. There are signs of hope.
PrevPreviousAre you working for free at school?
NextWomen we love: Professor Gillian TriggsNext