To dream the impossible dream…Michelle Payne 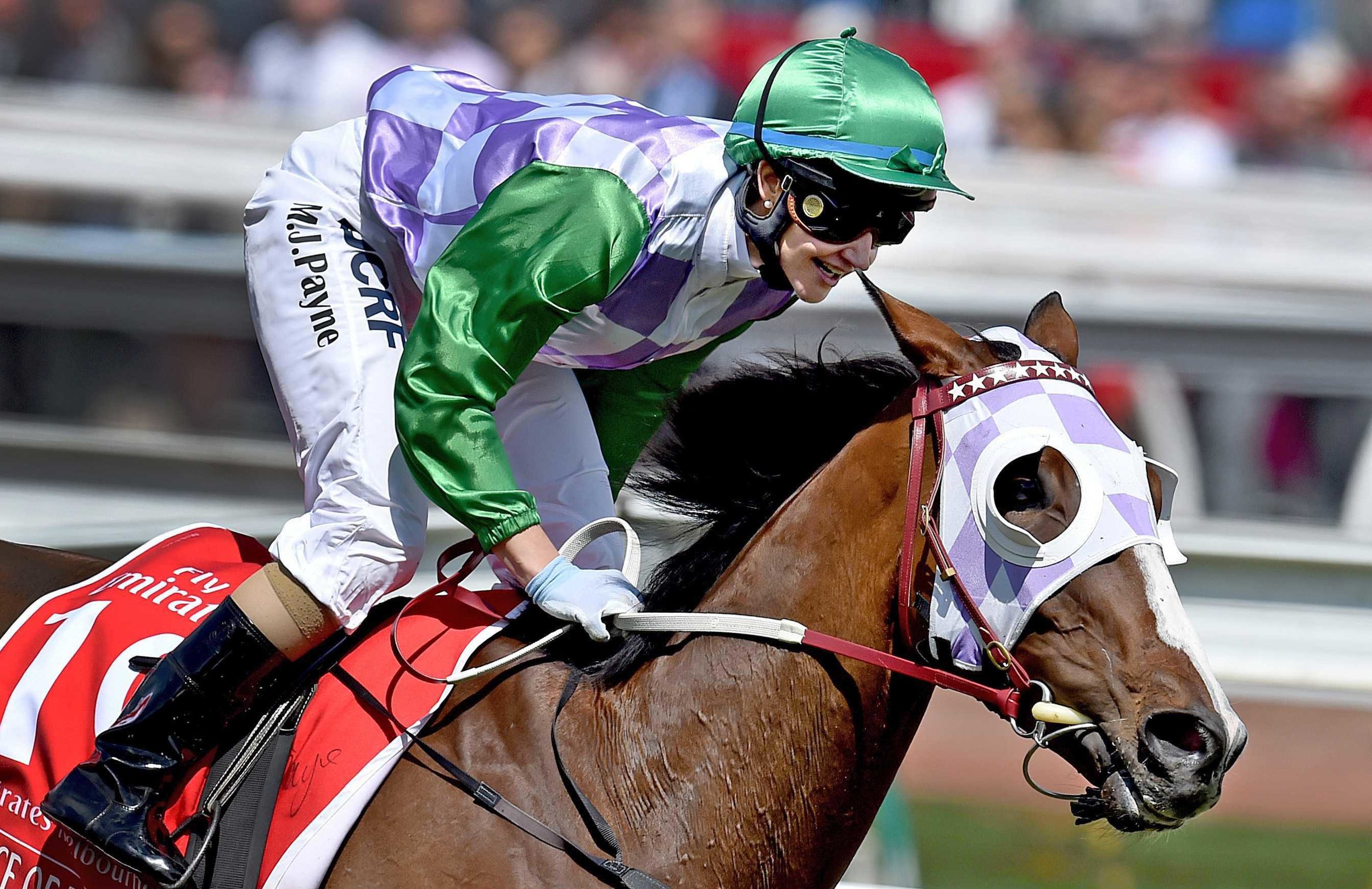 Here’s cheers to Michelle Payne and the fact that women can do anything.

These are the words found on the home page of a school that counts amongst its past pupils an ironman, the ABC’s first female director of news, an astronomer, the principal of a top achieving selective school, a pharmaceutical researcher into a life saving drug for women in developing countries (watch our interview with Michelle McIntosh), a former state government minister, and, as of Tuesday, Michelle Payne a jockey who created history by becoming the first woman to win the Melbourne Cup!

It’s quite something for a regional Catholic girls’ school in Ballarat Victoria, to be able to lay claim to having instilled in so many women a belief that they can smash any glass ceiling they choose. But a quick look into the history of Gonzaga Barry, the young Irish nun that founded the Loreto schools in Australia, and we learn something else about the uniqueness of their education from her belief that ‘women had much to learn from women rather than relying on the theories of education … which we owe largely to men.‘

“Children’s rights are human rights” was the theme for National Children’s Week 2015, which this year also marks the 25th anniversary of the entry into force and Australia’s ratification of the Convention of the Rights of the Child.

The UN Convention on the Rights of the Child (CROC) is a universally agreed set of non-negotiable standards and obligations. It is the first legally binding international instrument to incorporate the full range of human rights, ensuring the important rights that children (aged under 18) have; to be safe, to be heard, to be healthy, to be protected, to play, to learn, to express themselves, to their privacy, identity and to fully enjoy their life and development. Its what all children need to enable them to thrive.

Of course, when children are thriving, they are gifted with the space to imagine; to dream. Which is why the following comments from Michelle Payne after her and Stevie’s glorious win in this week’s Melbourne Cup resonated so strongly:

“And I dreamt about it from when I was five years old and there is an interview from my friends, they were teasing me about it, when I was about seven and I said, “I’m going to win the Melbourne Cup’ and they always give me a bit of grief about it and I can’t believe we’ve done it.”

Stevie and Michelle Payne used to pretend that the rockery in the backyard was a racecourse and they’d hold mock Cox Plates around it. Their father recounted to the ABC in 2009 how Michelle would come into his bed at night and hold his hand so that in the morning, he wouldn’t go to the stables without her. The image of both Stevie and Michelle Payne receiving their respective trophies for the win by Prince of Penzance, captured the hearts not just of our nation, but the world. I’ve asked myself several times exactly which part of the story, which could have been the script for a Hollywood blockbuster, teaches us the most?

Was it the smashing of another glass ceiling? Was it Michelle’s magnificent calling out of chauvinism? Was it Stevie’s beaming smile and sparkling eyes? Or our pride at his ability to perform one of the most crucial jobs with an intellectual disability?

For me, it was the triumph of both Stevie and Michelle Payne against the odds – 101:1 – accompanied by a story that gave us a glimpse into a family that knows how to love, how to dream, and made true on their belief that all children have the right to realise their full potential and see their dreams become a reality. Even in the face of adversity – their mother died when Michelle Payne was just 6 months, leaving her 11 year old sister to get up in the middle of the night to give her a bottle , and Stevie has Down Syndrome – they were encouraged to dream and attach themselves to their respective visions.

The space to dream, to imagine! Its one of the greatest gifts we can bestow upon our children. From Father Christmas and the tooth fairy to an array of dress ups as varied as occupations themselves. And as parents we go to great lengths to ensure our children have the best of opportunities. But a narrow focus can mean we also wear blinkers to the lessons our children need to learn along the way, and to ensuring that we champion not just the rights of our own children, but the rights of ALL children. For children’s rights are human rights.

Bill Gates once said, “As I see it, there are two great forces of human nature: self-interest, and caring for others.”

In the corporate world, the great challenge we have is to allow both care and self-interest to co-exist. But what we can take away from this week’s Melbourne Cup win, when we support a child – an employee for that matter – to dream, and help them create vision that will ennoble their life and is aimed at doing something excellent; then if they action it with enthusiasm, perseverance and in earnest, the proof exists beyond doubt that both care and self-interest can co-exist.

Disclosure: I too had the benefit of a Loreto education, albeit not at Ballarat. And, in all of our programs, our focus is on supporting the creation of a vision that they can action with passion, perseverance and in earnest. Get in touch with us to learn more.