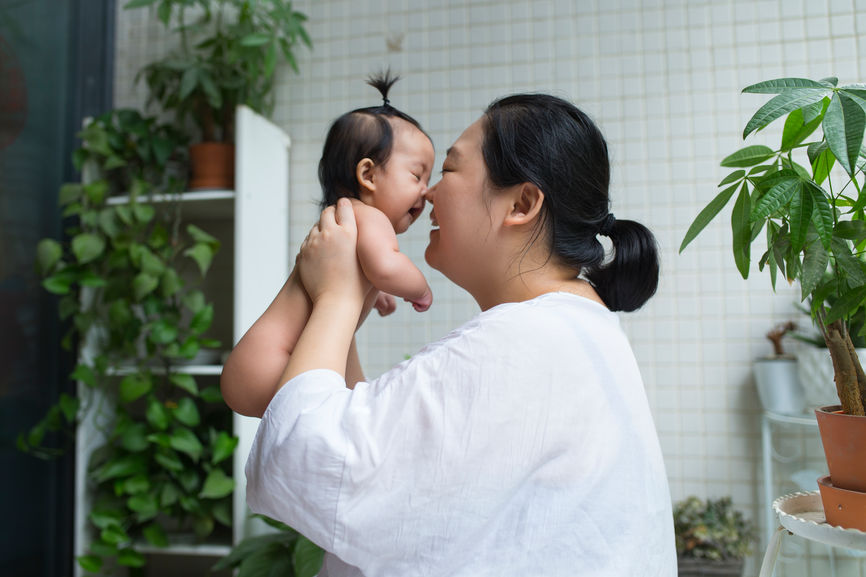 Simone reflects on the first night she spent away from her first child, Sam.

Recently, I had my first trip away from my child. I’ve had a night off before, but this was proper time off — five nights in Sydney sans my one-year-old, Sam. I was bloody excited. I love my son, but I also miss the carefree life that existed before he did. But when the day came to leave, I was a mess. What was I thinking going away for five nights? I knew that, logistically, everything would be okay, but now I wasn’t sure that I would be emotionally.

And honestly, the sadness really took me by surprise. This was ‘the dream’ for so many mothers, wasn’t it? Solo-time in a city far, far away from screaming and sandwich crusts and poo and Playschool. Where I could go to bed without fear of being woken three times during the night, wake up at my own pace and eat breakfast in peace. Where I could make plans at the last minute and drink as many wines as I like because I wasn’t dealing with a toddler the next day…

Yes, I confess, I took my son’s soft toy rabbit away with me. I know, I’m shocked too. But don’t worry, Rabbit isn’t his favourite, Monkey is, so it wasn’t like I was taking his number one.

So while part of me was ready to turn the plane around and go home to snuggle my son to sleep; I didn’t. I took a deep breath, had a glass of Qantas wine and tried to embrace my time away. Because deep down I knew that ultimately the separation from day-to-day life would be good for me, good for my son, and good for my family.

I don’t feel like an overly maternal mother. I love working and relish nights out with my son staying at his grandparents. I let him watch television way too often so I can scroll through Instagram and give in to his food demands just to stop the whinging. I love him so very dearly of course, but I don’t want to spend all day, every day with him.

But having some time away reminded me that I have so much to be grateful for in that little cross-eyed bum shuffler. It’s hard to always be present with your kids, but the separation reminded me why it is so important to at least try to be.

Every parent I know says the same thing; “They grow up way too quickly”… and it’s hard to comprehend why that’s an issue when your child won’t let you put his nappy on, or refuses to eat anything but popcorn, or screams the entire way around the supermarket… but it’s true. Suddenly, out of nowhere, Sam is already hurtling towards his second birthday. And while he is developing each day, Instagram just keeps giving me the same inspirational quotes.

So now, when I sit with him reading Spot for the 489th time and pretend not to know if he is behind the door, I’ll try to put my phone away and take in that moment when he rips the flap off the page and smiles in triumph as though he has discovered the cure for cancer, because those moments are precious — and won’t last a lifetime.

When my husband picked me up from the airport, one of the first things he said to me was: “Gosh, I don’t know how single parents do it.” (FYI, 87 percent of single parents are women). My escape to Sydney had forced the entire burden of childcare and domestic duties into his lap and given him a new-found appreciation of all the extra work that goes into keeping a household running while also ensuring the livelihood of your child.

That’s not to say that he doesn’t do his fair share normally — he certainly does — but I was the one at home for 12 months after our son was born, and so I am now the one who is used to preparing all the meals, washing the clothes, keeping the house (relatively) tidy, ensuring the cupboard is stocked etc. And when I wasn’t there he realised what it takes to make sure things don’t fall apart.

In Australia, women do 311 minutes of unpaid care and domestic work a day, compared to 172 minutes for men. This sees ladies 1.8 times ahead of the guys in their housework output. In fact, even in households where the woman is the breadwinner, she still does more housework and childcare.

This isn’t just an issue because housework is boring and kids can be ratbags, but because the amount of unpaid work women do has a direct impact on their economic security. Unpaid work needs to be done, and contributes greatly to our economy, but it doesn’t need to be mainly women doing it.

After my time away, I definitely noticed my husband’s new appreciation for the unpaid work I do. He stepped up even more on the home front, and not only was that a help to me but also to our relationship. According to Sheryl Sandberg, “choreplay is real… couples who share chores equally have more sex”. According to me, no comment.

And while Sam can’t articulate it, or anything for that matter (except maybe the word ‘again’, if you listen very closely and tweak some sounds), if he could speak I know he’d say something like this…

“Seeing my mum go off to Sydney for work makes me proud of her. Of course I miss her, but she is an independent, strong woman who is working to provide for me, and working to create social change. I see her leave and it reminds me that women have so much to offer this world, and that their role extends far beyond the kitchen (which is a good thing because she’s really no good in the kitchen).

Also, seeing my dad singlehandedly take on the role of carer and domestic goddess also disrupted the stereotypes forming around me; that women’s work is in the home and men’s is in the office. And it was really great to just spend a bit more time with my dad.”

So mums, it’s really a no brainer — we all need to get out of town on a more regular basis, in the name of gender equality of course.

PrevPreviousI want to return to work 4 days a week, but don’t want to end up having to do 5 days work in 4 days. Can Grace Papers help?
NextHow to transition from parental leave back into the workplaceNext