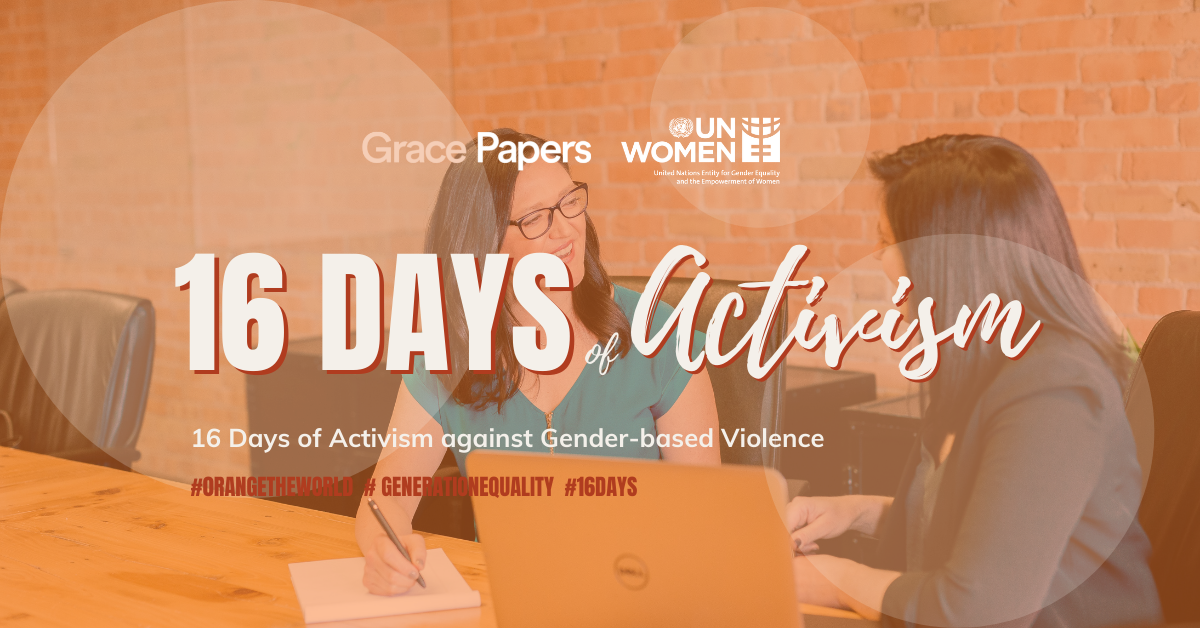 As part of 16 Days of Activism, we are highlighting Lander & Rogers ground-breaking policy to eradicate the culture of silence around reporting sexual harassment.

In our work, we bear witness to the often invisible and everyday activism by individuals and teams striving to put an end to gender-based violence by empowering gender-balanced outcomes for all. Over the next 16 Days of Activism, we’ll be sharing initiatives of our partners – individuals and organisations – as they systematically disrupt harmful gender stereotypes and structural inequality, and take action to advance gender-equal outcomes that prevent violence against women.

During our recent Live Coaching, Emma Purdue, partner at Lander & Rogers, took us through what was being done at her organisation following the #MeToo movement and outing of incidents of sexual harassment across the Law industry.

Emma Purdue explained “Last year, Lander & Rogers made a change to its policy which was pretty small and simple but had a big impact. Instead of saying, anyone who witnesses sexual harassment in the workplace should report it. We’ve changed it to must report.”

“So we now have a no bystander rule. Anyone who witnesses sexual harassment in the workplace shares that burden of reporting.”

This rule is still fairly young but has already had an impact on the culture of reporting in the workplace.

With the increased amount of reporting it can be hard to break down whether there is an increase in sexual harassment being witnessed, or if we have a greater understanding of what sexual harassment looks like now.

“I’m not sure whether the behaviours got worse or the awareness of it has increased,” Emma says, but, “I think organizations are now braver at calling it out.”

With the open conversation around workplace harassment, Lander & Rogers has also increased training and changed how it is delivered. More of it is scenario-based with a victim-centric approach. They asked themselves, “how can we put more of the emphasis on protecting the person who’s making the report and caring for their well being in the first instance”.

We also can’t underestimate the power of individual advocates. Emma is now in a position at Lander & Rogers to make a change and having advocates in these positions is extremely important but it’s something anyone should feel empowered to do. When approaching leaders at your organisation with ideas of gender equality, as Emma says  “you’ve got a really strong business case to advocate for a more ethical approach”.

Grace Papers is the only evidence-based workplace gender equality platform that directly contributes to the prevention of inequality by dismantling the stereotypes that are harmful to all genders and ultimately contribute to gendered violence. We were recognised by the Australian Human Rights Commission for our work.

How can you get involved?

Partner with us to receive insight and support on how to make a safer, more equal workplace. Together we can dismantle gender stereotypes and provide an intersectional lens on parenting and care – while addressing preventions against gender-based violence towards women.

Read more about what we do and get involved here.

PrevPreviousGender Equality is at the Core of How Sodexo is Standing Against Gender-Based Violence
NextCongratulations to the Winner of our Endota Spa Competition: Laura Yuile!Next