Keeping In Touch In A Digital World 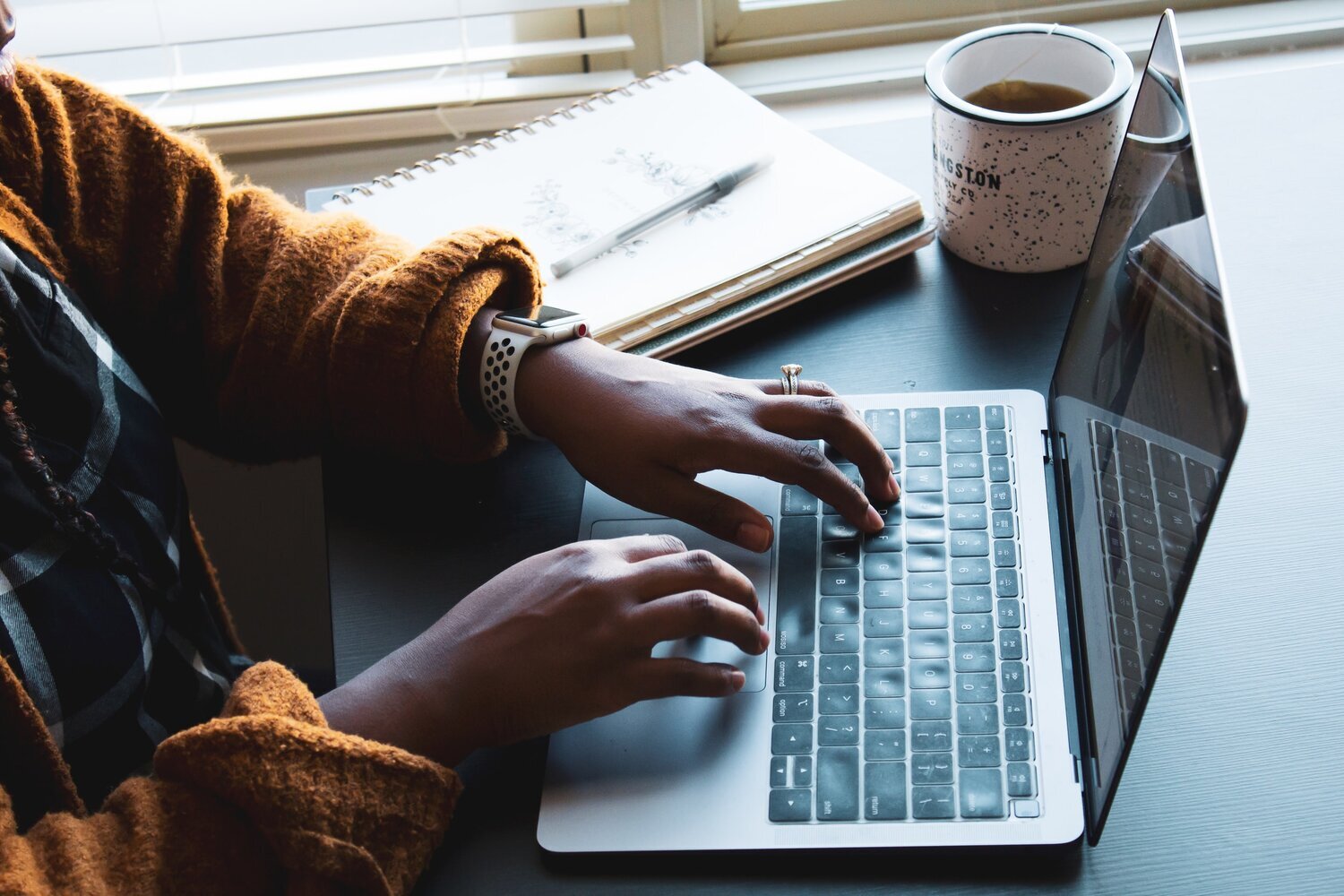 In 2017, the Pew Research Center sat down with 4573 Americans and asked them to list three adjectives to describe how men and women should and shouldn’t be. The questionnaire revealed positive attributes for a woman included ‘kindness’, ‘compassion’ and ‘responsibility’.

“Women have to see that our success is linked to the success of other women… I felt like I didn’t need the help of other women, that I was going to make it on my own… What I’ve come to appreciate is that if you want to take it to the next level, you need the sisterhood to support you and you need to be part of it.”

In 2017, the Pew Research Center sat down with 4573 Americans and asked them to list three adjectives to describe how men and women should and shouldn’t be. The questionnaire revealed positive attributes for a woman included ‘kindness’, ‘compassion’ and ‘responsibility’. Men were described positively as ‘strong’, ‘powerful’ and ‘ambitious’. Power was a particularly controversial word, with 92 percent of respondents believing a woman shouldn’t be powerful. In an age where women are leading countries and companies, it’s a striking paradox we still live in. If a woman is ambitious and assertive – the traits still associated with a good leader – she often faces a ‘likeability penalty’, and a portion of society is still divided on whether she should wield any power at all.

The double bind women face in leadership is exacerbated when women go on parental leave. While there’s a mountain of research proving that women do not lose their career ambition when they have a child, the bias they face is also proven. According to RMIT School of Management lecturer, Raymond Trau, “When a woman takes a longer period of maternity leave, such as a year off work, they’re often perceived as caring and nurturing but less ambitious and driven, whereas, when a woman takes one month off, they’re often perceived as ambitious, assertive, driven and committed to their career.”

While we advocate for the addressing of bias to be a shared accountability with the workplace, the reality is this responsibility still largely falls with women. In our latest live coaching session, Grace Papers’ founder, Prue Gilbert, sat down with Grace Papers’ executive coach, Amanda Meehan, and Senior Sergeant with Victoria Police, Emma Bartel, to discuss the best strategies to keep in touch with your employer while on parental leave; and crucially, how to make the most of it during these increasingly digital times.

“When you step out onto parental leave, I like to think that your career’s like a gold ball in your hand,” Meehan said. “It’s your gold ball, and no one’s going to look after that gold ball quite like you. There’s a number of things that you can do while you’re having a baby – or doing other things – that can put a layer of protection around that gold ball. It’s not to suggest that the gold ball can’t grow while you’re on parental leave. I think it very much does, with all the skills that you build and bring back with you. But it is a really good thing to put steps in place to ensure that there is this protective layer around your gold ball. Steps such as making sure you do that really tidy handover, making sure that you have your ‘keeping in touch’ plan, and you share it based off of your professional vision. And then really making sure that you have developed, or are looking to develop those sponsorship relationships.”

Develop Your ‘Keeping In Touch’ Plan

A ‘keeping in touch’ plan is a strategy or program that allows team members to remain connected to their workplaces while on parental leave. Under the Fair Work Act, employees can access up to ten KIT days while on unpaid primary carer’s leave.

“KIT days are really important for keeping your career on track, and addressing those double binds [women face],” Meehan said. “Research has found that the keeping in touch programs that exist can be used to minimise the impact of bias from colleagues, managers and other workplace stakeholders.”

When Emma Bartel, a Senior Sergeant in Geelong, went on parental leave for the first time, she was transferred to a workplace closer to her home. While this allowed her to be closer to her twin boys, it also meant that when she went back to work, she arrived at a workplace where she knew no one. This only made her return to work more difficult.

“The second time around my coaching advice was to create my network and find my supporters and my sponsors,” Bartel said. “So I went back to the people [in my new office] that had assisted me the first time round… and I went back and I thanked them for their support. I thanked them for looking out for me. I wanted them to know that it meant a lot to me.”

The Senior Sergeant also thanked her boss and senior staff. “I let them know that I was heading off on parental leave, that I wasn’t going to be invisible. I still wanted to keep in touch. One of the main reasons for doing that is because in Victoria Police at the inspector level, which is the rank above me, they’re often rotated in their positions every two to three years. In the case that my boss wouldn’t be there when I returned, I wanted anyone else that was around her that may take over her position to know that I was loyal to my job, I had pride in my job.”

Bartel used the ‘thank you strategy’ which is a successful strategy to use with peers and bosses if you’re feeling too intimidated to ask for a favour. A short ‘thank you’ note ahead of going on parental leave is an effective way to remind them of the impact their specific behaviours have had on your career, which in turn, is an effective way to re-engage them in the future. For Bartel, it made all the difference. She returned to work with the backing of an engaged network, who gave her the time and confidence to slowly transition back into her job.

“It was really important for me to realise that ‘keeping in touch’ wasn’t just about my workplace calling me at a scheduled time on the calendar, to tick a box on a monthly report,” Bartel said. “It was about me engaging as well and making sure that those people knew that I wanted to talk.”

Here at Grace Papers, we are hearing women are increasingly anxious about disclosing the news of their pregnancy and, in turn, going on parental leave. There are fears around job security and letting overworked peers and leaders down. There’s also an increased anxiety because their pregnancy has remained largely invisible in remote working conditions. We are also hearing men are feeling more reluctant to take parental leave; the enormous uncertainty of this moment has everyone holding onto security wherever they can.

So, here are executive coach Amanda Meehan’s tips for keeping in touch (and overcoming double binds) while on parental leave in an increasingly digital world:

Book in a virtual training program: “There are also training programmes that organisations are putting on virtually now. During COVID, they’ve been really useful because you can fit a quick flex workshop into two hours in your day and have your parents-in-law mind the baby. You’re now able to join those training programmes with your team to stay connected.”

Don’t hold it against colleagues when they don’t remember to keep in touch: “It is a shared accountability, keeping in touch. Your work should, of course, try and reach out and keep you connected. But when that’s not happening, it is a really great thing to be that person who takes the initiative – and doesn’t take their silence personally. Because quite often people are trying to do the right thing by you, by not disturbing your period of leave. Now, if you haven’t let them know upfront how you would like to utilise your keeping in touch days, let them know now. That’s the best way to combat anybody else’s assumptions, which can, in fact, appear as a bias.”

Use your professional vision to challenge biases: “Don’t ultimately let other people’s biases, limit your own potential. It’s about understanding that those biases, those gendered expectations, that socio-political environment that we all live within in Australia, still exists. If you use your professional vision to challenge these biases, it puts your potential at the front end. It’s very hard for people to argue that where you’re heading with your potential isn’t the right place to go – so they’re much more likely to support you. In doing that, you end up challenging those barriers, those gendered expectations along the way. That is a hugely empowering way to come back from parental leave.”

For more guidance on ‘keeping in touch’ while on parental leave, watch our entire live coaching event here. For more support in balancing career and care, log in to the Grace Papers platform.