International Day For The Elimination of Violence Against Women 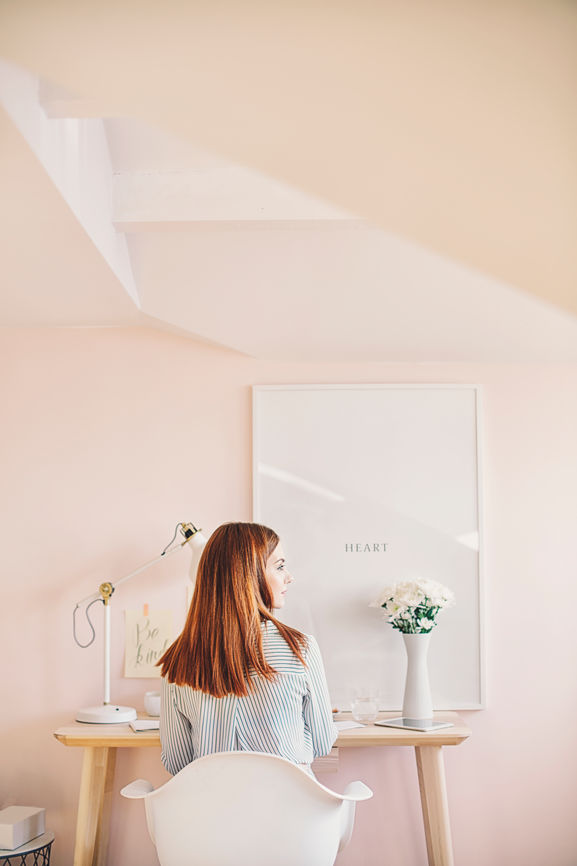 We pay homage to the amazing Australians working tirelessly to address the pandemic rates of domestic violence in this country.

Since her 11 year old son Luke was murdered by his father Rosie Batty has been an advocate for victims of domestic violence and put family violence on the national agenda. She has been very public in sharing her frustrations and experiences with the police force and other institutions who have failed their role to protect families from violence. In January 2015 she was announced Australian of the year and Rosie has established the Luke Batty Foundation to research the best ways to utilise funds from government and private sector to improve the culture of violence in Australia.

Dr Anne Summers AO is a best-selling author, journalist and thought-leader with a long career in politics, the media, business and the non-government sector in Australia, Europe and the United States. In 1974 as a post-graduate student Anne, with a number of other young women created the first domestic violence refuge in Australia. Anne would often perform home rescues where she would enter women’s homes whilst their husbands were out and help them escape. In 2014, the centre, named ‘Elsie’, turned 40 years old and today there are now over 300 women’s refuges around Australia.

As the first Indigenous woman elected into the House of Representatives Linda Burney recognises the obligation she has to ensure that Indigenous women are represented in discussions on domestic violence. Since being elected into the Parliament Burney has partnered with the NSW government to develop and manage ‘Tackling Violence’, a community education and intervention program aimed to help curb the levels of domestic violence in regional communities. Tackling Violence has seen the NSW State Government collaborate with regional rugby league clubs to educate young men about the nature of domestic violence and teach them how maintain healthy relationships.

Mary Barry is the current CEO of Our Watch, a national initiative that aims to combat violence against women and children by changing the attitudes, behaviours, social norms and practises, which underpin family violence. It is an organisation that truly reflects Prime Minister Malcolm Turnbull’s sentiments that all domestic violence begins with disrespect towards women by creating programs that model healthy relationships and encourage conversations about respect. When asked why she considers cultural change to have such a fundamental role in eradicating family violence Barry reflects on her childhood in Ireland where many women and children in her neighbourhood were subject to abuse. What was so problematic was that this violence was always perpetrated without repercussions as a result of the culture of silence, which condoned intervention into what was considered a private matter within families as opposed to a punishable crime.

Djapirri is an Indigenous Engagement Officer and Yolgnu elder in the community of Yirrkala in central Australia. She helped establish the Yirrkala Women’s patrol which sees elders walk the streets of their community at night to deal with domestic violence, alcohol and other community safety issues. Djapirri liaises with community and police to ensure the whole community is working together in an effective, respectful and culturally appropriate way to tackle the issues facing communities. She also consults with government about how communities will engage with government initiatives to ensure they are effective “Through the program I can see there is a partnership between my community and the Australian Government, working together to build a stronger future for Yirrkala.”

As a legal academic Neave has spent decades researching how the law responds to and represents the needs of women. She spent many years at the Victorian Law Reform Commission with much of her work focusing on homicide and sexual offences. In 2015 she chaired the Royal Commission into family violence. The Commission involved 13 months of evidence gathering, 220 witnesses who gave evidence, 25 days of public hearings and 1,000 written submissions. The Victorian Government has committed $572 million to combatting family violence in the 2016 State Budget, which includes implementing all recommendations from the Commission. The recommendations highlighted the needs for prevention, early intervention and recovery as well as far more extensive and streamlined responses to women in violent relationships and recognising the diversity of victims and the communities in which they live.

Geelong football club star Jimmy Bartel has been extremely open about his experience of domestic violence, growing up with a violent father who was both physically and emotionally abusive towards Jimmy’s mother. In the 2016 AFL season Bartel continued to grow his beard in an effort to raise awareness and evoke discussion about the ongoing prevalence of domestic violence within Australia; a country where 1/3 women over the age of 18 have been victim to physical or sexual assault. Through his campaign Bartel was able to raise $150,000 of much needed funds for domestic violence services across the state.

Whilst best known as a sports commentator for ABC radio, Gurindji man Charlie King has had a long history as a social worker in the Northern Territory. King’s exposure to the rampant levels of domestic violence in the Territory inspired him to begin the campaign ‘No More’. No More aims to combat the unprecedented levels of violence that manifest throughout Indigenous communities by engaging with local sporting clubs, the lifeblood of most Indigenous communities. No More works with clubs to create domestic violence action plans which include steps such as, encouraging women to take leadership positions in club management committees and introducing strict and comprehensive rehabilitation programs for players who perpetrate domestic violence. These measures come at a critical time in the NT, where, over the last three years top end police responded to 75,000 cases of domestic violence, of which 80% of the victims were Indigenous.

In her position as Foreign Minister Julie Bishop has championed the creation of new foreign aid conditions, which make gender equality and women’s empowerment a priority. Under the leadership of Bishop women and girls have become a centrepiece in Australian foreign aid with conditions now stipulating that at least 80% of Australia’s foreign aid must promote gender equality. In order to meet this new standard foreign aid packages must achieve one of three things:

Rachel Taylor has consistently shown incredible strength and selflessness in her public campaign against domestic violence since lodging an AVO against her ex fiancé actor Matthew Newton in 2010. Instead of hiding from the very public and invasive scandal that erupted after the couple split, Taylor took the opportunity to share her experience of domestic violence in the hope that her story would empower other women to leave their own violent relationships. Taylor continues to fight to change the victim blaming that is often endured by women in violent relationships, which manifests into comments such as, ‘she should have left him earlier’, attitudes which fail to recognise the complex power dynamics which underpin domestic violence.

Cyan Ta’eed is co-founder of Envato, a hugely successful IT start-up that currently employs over 170 workers in Melbourne. In addition to managing her company Ta’eed also found the time to launch New Day Box. New Day Box is an organisation that creates small boxes of skincare, cosmetics and sweets that are distributed to the 50 or so number of women that escape to a domestic violence shelter each night in Melbourne. The aim of New Day Box is to create a product which celebrates the bravery and courage women display when they take make the decision to leave a violent relationship.

Libby Davies has used her position as current CEO of the Australian Branch of the White Ribbon Foundation to bring domestic violence prevention initiatives to schools for the first time. In 2015 Davies launched Breaking the Silence, a multifaceted program which works with school leaders to help them implement and model respectful relationships into their school’s culture. The initiative also gives teachers the tools and knowledge to educate children in the classroom about how to engage in respectful relationships and how to identify an unhealthy or violent relationship to help prevent the prevalence of domestic violence in future generations. Davies developed the program as a response to the fact that one in four young people are exposed to violence perpetrated against their mother or step-mother. Breaking the Silence aims to make schools a safe place for children to have conversations about what respect means and confide in teachers if they recognise domestic violence within their families and communities.

Fiona Richardson is Victoria’s Minister for Women and the first ever Minister for the Prevention of Family Violence, a new portfolio created by the Andrew’s government in 2015. Richardson has been tasked with the demanding job of implementing the recommendations of the Victorian Royal Commission into Family Violence, all of which the Andrew’s government has promised to adopt. Richardson also has a very personal and traumatic connection to domestic violence, her late father frequently raped her mother and was violent towards both her mother and her older brothers as was revealed in an Australian Story episode which aired the day before the Victorian Royal Commission into family violence handed down its findings. Richardson maintains that her experiences of domestic violence will help her better understand how to best implement the recommendations of the commission, particularly those aimed at children, a crucial stakeholder which is so often overlooked in conversations about domestic violence prevention.

After years of extreme family violence Arman Abrahimzadeh’s mother Zahra was brutally murdered by her husband in 2010 on a dance floor in front of over 300 people. Arman is now an ambassador for the White Ribbon foundation and spends much of his time working at a grass roots level with sporting clubs, police units and schools, educating them about how to recognise and respond to domestic violence within the community. Arman has also established the Zahra foundation in honour of his mother which funds and facilitates 5-week courses for women escaping violent relationships to give them the financial literacy they need to remain independent after leaving their abusive partners.

Goodes has spoken frequently about his experiences growing up in a household tainted by domestic violence, often recalling the many nights he spent sneaking out of his bedroom window to run down to the public phone box, calling the police to intervene when his stepfather was beating his mother after a night of heavy drinking. It was this experience, amongst many others that lead to Goodes being one of the first men to become an ambassador for White Ribbon when it launched in Australia 9 years ago. Goodes has used his position as 2014 Australian of the Year and famed ex Sydney Swans player to educate young men about what it means to engage in a respectful and safe relationship. Goodes always maintains that if domestic violence services aren’t intervening until after a woman is hit, there is something seriously wrong.

Kristy McKellar spent four years in an abusive relationship, which saw her subject to verbal, financial, physical and sexual assault and the lives of both her and her infant daughter threatened. Since escaping her violent relationship McKellar has drawn on her experiences as a victim of violence as well as her background in social work to become an advisor to the Attorney-General’s department, the Royal Commission into Family Violence and the Victorian Police on the issue of violence against women and children. It is as a result of McKellar’s harrowing experiences that she is able to highlight the failures and inconsistencies that continue to manifest within domestic violence response services.
PrevPreviousIs there a silver lining in this jaw dropping week?
NextHow can we achieve gender equality? A vision for changeNext