Why I’m going to Tropfest 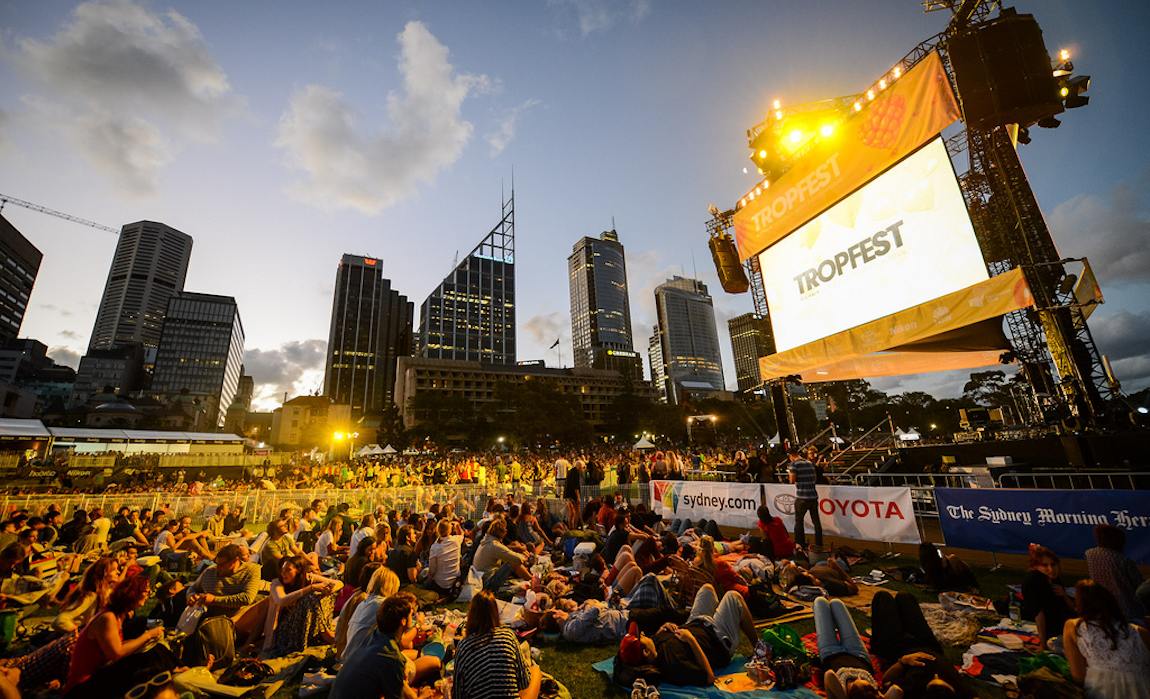 The gender imbalance at Tropfest has historically been astounding. Here’s why I’m willing to give the organisers another chance this year.

Last year at Tropfest, the largest short film festival in the world, of the sixteen finalists, only one was female. Less than six and a half per cent. And not only that, women were “grossly under-represented” on screen as well.

The gender imbalance didn’t go unnoticed though. And I, among many, was displeased. So displeased that I put finger to keyboard and wrote about why it isn’t acceptable. You can read my displeasure here.

Tropfest Director John Polson responded to my concerns about the gender inequity at Tropfest, saying he “couldn’t agree more”. He welcomed conversations and invited strategic changes. And to be honest, that’s where I thought it would end.

Let’s face it, most of the time slap in the face inequality leads to a lot of debate and not much action. The pay gap between men and women has not really changed in 20 years and sex discrimination in the workplace is on the rise. The number of female Oscar nominees for behind-the-scenes roles dropped this year and of course, Donald Trump was recently elected President of the United States of America.

But fortunately for me, for women and for men, for Tropfest and the Australian filmmaking industry, action was taken and changes were made. This year, of the 16 finalists, half are female. Fifty per cent. Equal.

And we need to celebrate that. Because it matters.

It matters because our stories need to reflect the diversity of our nation and the important role that women play in it. We need to be telling stories by, for and about women because the female gaze is just as important as the male gaze. And girls should be in charge of telling their own stories.

It matters because media pervades our lives and the level of unconscious gender bias within the media unwittingly teaches boys and girls those same biases. And content inspired by the female gaze is the antidote to dismantling those biases so embedded in our minds.

It matters because when men feature more predominantly on the screen than women – it sends the message that women and girls are not valued in our society commensurate with their true population and that they don’t have the same opportunities or abilities as men.

Girls need role models to believe they too can be ambitious, empowered and successful. Because if you can see it, you can be it.

It matters because there is a gender pay gap of 16.2%. Because there are more men named Peter leading ASX200 companies than women. And because at least one woman is killed each week in Australia by a current or former partner and domestic violence is the single largest driver of homelessness for women.

Every time that we take a step towards equality, whether it’s appointing a female leader, providing paternity leave as well as maternity leave or ensuring a gender balanced list of finalists at a short-film festival it matters.

So while it’s all well and good to march against the subjugation of women’s rights (in fact it’s very well and good to do that), it’s also important to celebrate the efforts being made to listen to the concerns, to learn from failings and actually make a change.

Polson and the Tropfest team have taken on board the displeasure of many and consciously adjusted their practices. That deserves applause and attendance which is why, heatwave and all, I’m going to Tropfest. That and because the Australian film industry rocks!

PrevPreviousAre you bored at work?
NextHow can you retain your talented working mothers?Next