Motherhood no cop out for Emma Bartel 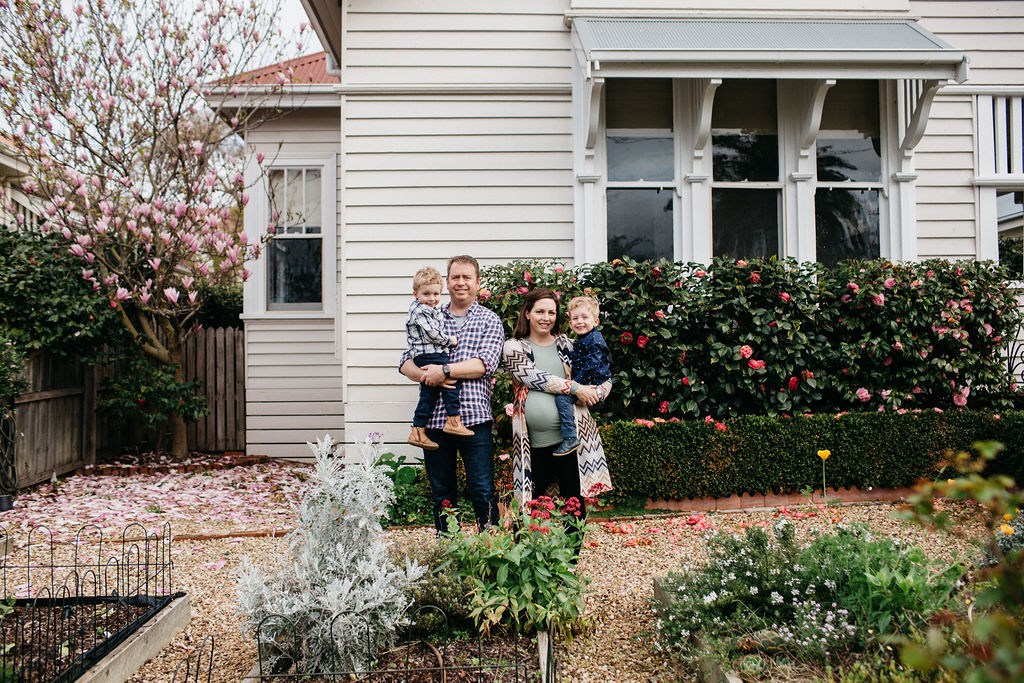 “I now know that a member’s value does not diminish when they become a parent and they can return to fulfilling and meaningful work that can also be in balance with family priorities.”

Whether it’s at home or at work, Emma Bartel has grown accustomed to spending her days (and nights) surrounded by boys in blue.

The Geelong senior sergeant is already mother to identical three-year-old twins, Eli and Chester, and is now eagerly awaiting the birth of a third son in late September.

You could be forgiven for thinking that, after years of working night shifts and dealing with the unpredictability of police work, Emma would be better prepared than most for early motherhood

“I have always said that it’s easier dealing with full cells [at the police station] than it is with twins.”

When her boys were first born, Emma confesses to having difficulty telling them apart and had to put a spot of blue nail polish on Chester’s tiny foot so she would always know which was which!

“I didn’t want it to get to their 21st and not be able to tell them who was who in the photo,” she laughs.

“I have no problem telling them apart now, although they are still very similar. At Childcare, they asked us not to dress them in the same clothes. So, we dress one in blue and the other in any other colour.”

Making her parenting juggle quite remarkable is the fact Emma did it on her own via IVF.

“It was mum who came up with the idea of me doing it on my own. She did the research,” she explains.

“I had always wanted to be a mother. I had partners in the past, but I never saw myself having kids with any of them. My mum was a single mother who raised three kids on her own. So, I have always believed that having a child with someone is a bigger commitment than getting married.

“At first I was worried how people would react to what I was doing. But I was lucky to have a lot of support around me from friends and family, and my boss was really understanding as well.”

Emma says conceiving her twins was by no means an “overnight miracle”. In fact, IVF was a long and difficult process. She would smuggle her fertility drugs into the police station under a sandwich in her lunchbox and then inject herself in the bathroom.

When she finally became pregnant, she was excited and daunted in equal measure.

“Although they were planned, I didn’t plan on having twins,” she explains.

“And then they came at 27 weeks so that was another surprise. I had been experiencing pains for a few days, but I didn’t recognise them as being signs of labour.

“I went around to mum’s place and asked her to make me a cup of tea while I rested on the couch and the next minute, I started delivering them on the bathroom floor.

“Mum was great. She kept me calm and called an ambulance. Four ambulances arrived. We always joke that there were four because we needed one for me, one for each boy and one for mum!”

As a result of their early debut, the first few months of motherhood were just a blur of activity for Emma. The boys spent 59 days at the Royal Women’s Hospital’s Neonatal Intensive Care Unit (NICU) before being transferred to Geelong’s St John of God Hospital for a further 23 days.

“When I delivered early, my supervisor at Brimbank CIU contacted The Police Association’s welfare department on my behalf,” she says.

“They then made contact with me and offered a range of support including counselling, accommodation, taxi vouchers and financial assistance. I was very grateful to hear from them and took them up on the offer to pay for my parking while the boys were in hospital. It was a very generous offer because over the course of 12 weeks, receipts for parking amounted to almost $700.”

To say the new mother was sleep-deprived would be an understatement. Feeding each baby would take at least an hour and, because they were premature, they had to be fed every three-hours, night and day.

Like many premature babies, Chester and Eli have had ongoing health problems that have required many medical appointments and added care and attention at home.

As a result, Emma quickly realised returning to her old role, working as a detective sergeant with Brimbank Criminal Investigation Unit in Melbourne, wasn’t going to work for her Geelong-based family.

She applied for a job closer to home to allow her to work more family-friendly hours in an area she was passionate about as a uniform sergeant taking on the Family Violence Liaison Officer role.

Although her bosses were extremely accommodating of her unique family situation – you could say the force was with her – Emma found some peers were less supportive.

“A few people felt I was being given preferential treatment because I was a woman with kids and not working 24/7,” she says.

“There were people who were critical of me to my face and behind my back.”

Emma was bolstered by her superiors’ advice to focus on what she COULD do rather than what she couldn’t do.

“But the first three months were really tough,” she says.

“I was back working full time but the boys were still not sleeping through the night. I felt very isolated during that time.”

Fast forward three years and there have been major cultural changes within her workplace thanks to a 2015 independent review of sex discrimination and harassment in Victoria Police.

As a result of that review, Victoria Police agreed to make significant organisational changes to create a more gender-inclusive workplace. One of those changes has been the introduction of the Grace Papers online support system to help expectant parents to achieve a better work-life balance.

The project launched in April for 100 police staff and was funded by the State Government’s Office for Women.

Through Grace Papers and Emma’s conversations with Chief Executive Prue Gilbert, Emma already feels more confident about what her future will look like as a working mother-of-three. It’s also helped inform her current role as the training officer for Geelong, Surf Coast and Colac Otway police service areas.

The first time Emma took a year’s maternity leave, you could count on one hand the number of times she had contact with her workplace. This time around she plans to keep the lines of communication open.

“Maintaining engagement is a two-way relationship: an employer needs to know they can contact a member while they are on parental leave for various reasons (social event invitations, workplace updates, training opportunities, welfare checks etc). Conversely, a member can make contact with their employer, peers and sponsors while they are on leave to ensure they maintain a relationship and stay in touch.”

At Prue’s urging, Emma has already had conversations with her superiors about her career trajectory within the force upon her return.

Although she’s passionate about her current line of work, she doesn’t see herself behind a desk forever. And she’s open to returning to Melbourne, if and when her family is ready.

“I now know that a member’s value does not diminish when they become a parent and they can return to fulfilling and meaningful work that can also be in balance with family priorities,” she says.

This time around Emma also has her partner Andy Byers by her side to help share the load of nappy changing, settling and night feeding. Andy has forged wonderful bonds with Emma’s elder boys and is eagerly looking forward to the arrival of their baby.

Andy owns the Idyll Winery just outside Geelong but has already begun working more from home to support Emma and the twins in the lead up to the new arrival.

Because Emma delivered the twins so early last time, she has had to take extra precautions with her health and well-being in the late stages of this pregnancy.

But, so far, it’s all been smooth sailing.

And she’s excited about what the future holds for the two things she holds so dear – the family and the force.