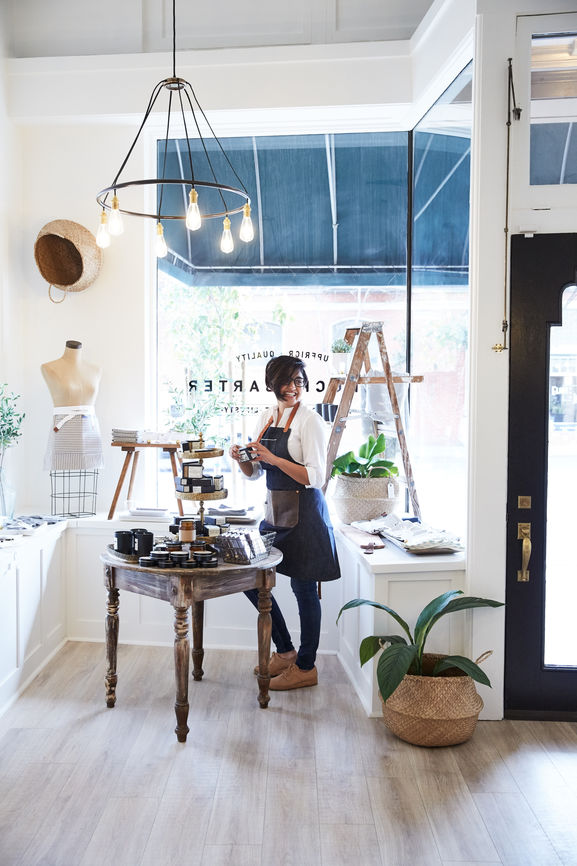 For many women, the decision to return to work after having a child can be focused far more on how many days they want to work, rather than what they actually want to do and what they ultimately want from their career. This leads them to make short-term decisions about their career without ever stopping to ask themselves what it is they really want, and inadvertently, overlooking the need to communicate their ambition and potential to their boss.

You see one of the challenges is that because women have now made it to some of the most senior positions in our workplaces, there is an unconscious bias that – women can make it…if they really want to. Yet as the data shows, those who do make it continue to be the exception. They’ve challenged the system but employers haven’t yet addressed the systemic challenges that still see them recruiting 80-90% of their leaders from just 50% of the talent pool. The impact of this on most women is that employers then assume that if you don’t make it, it’s because you weren’t committed enough.

There are of course many “push” factors that make women feel they need to position the number of days they work as the non-negotiable – unaffordable childcare, inhospitable cultures that value face time over output, a lack of flexibility and of course a minefield of unconscious biases. But when women fail to communicate their career vision and ambition as part of their return to work conversation, and similarly during pregnancy, assumptions are all too often made on their behalf and employers are more likely to give them the menial work. This may suit some, but most certainly disengages many and often hampers career.

Take Sarah for example. Sarah is a senior employee at and ASX 50 company. When she returned from 6 months maternity leave after having her first child she negotiated to work a 4 instead of 5 day week. Her boss took her desire to work less days as an indication of her lessened ambition and commitment to the workplace. So he not only reduced her hours, but also her responsibilities and leadership opportunities. He thought he was helping her out. Sarah became bored, frustrated and eventually resigned.

What we do know, is that if you invest time in creating a professional vision and sharing it with influential stakeholders, are not only more likely to be promoted, but have far greater flexibility to prioritise their family.

So when you are negotiating YOUR return to work, make sure you express YOUR vision and ambitions. Think about  whether you want a job or a career and if its the latter, don’t just settle for the leftovers. Choose the path YOU want to trek. And empower yourself to live the life you choose.