Barry Divola on how to manage freelance work and parenting 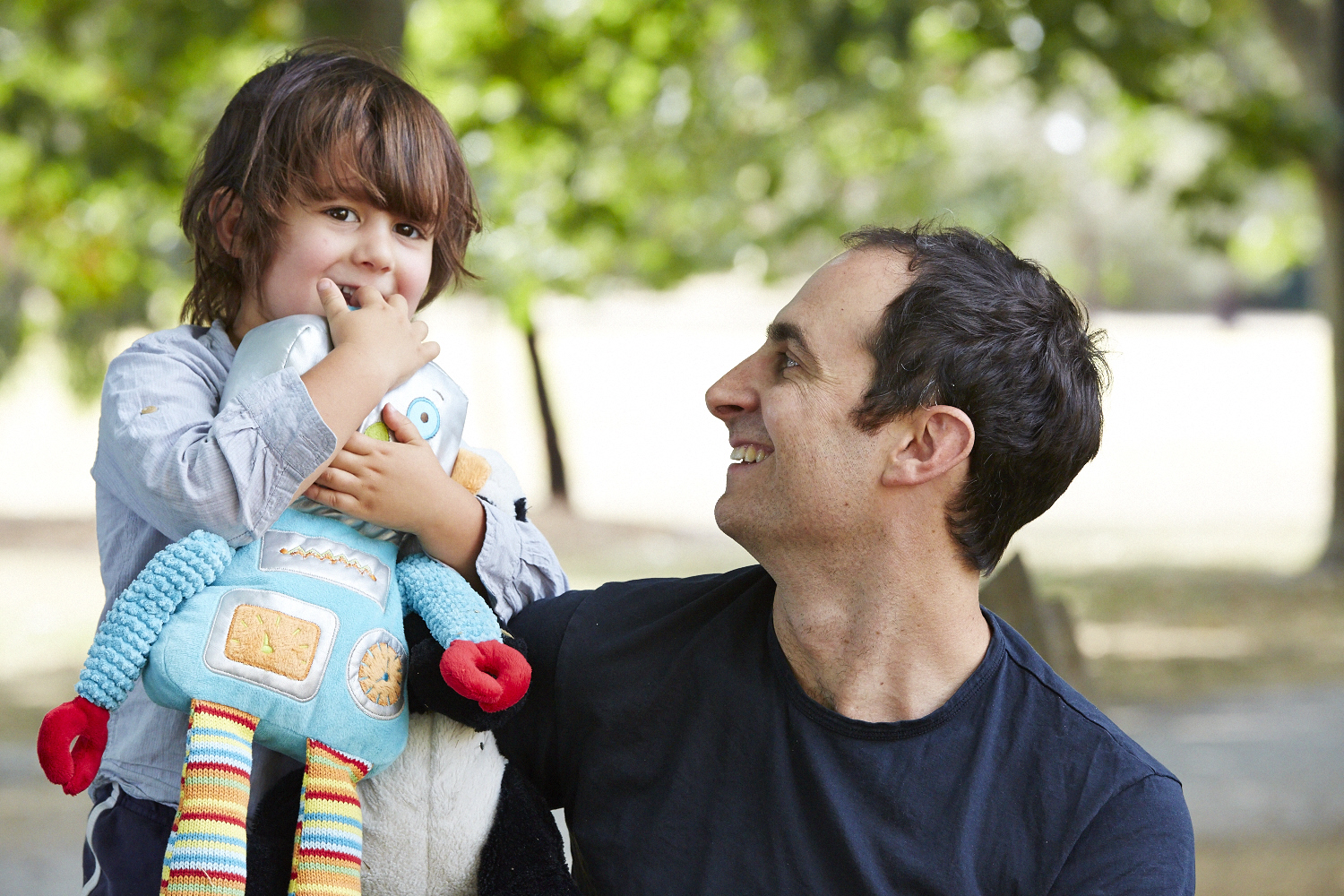 We catch up with Barry Divola, writer extraordinaire and father.

Barry Divola is a writer extraordinaire who works for The Sydney Morning Herald, Rolling Stone and is a music critic for Who magazine. He has published seven books – including three non-fiction, one fiction and three kids’ books. His eighth book, about the iconic Australian guitar company Maton, is out in May. In his spare time Barry also hosts a weekly radio show on Kinderling called Regression Session, where he takes guests back in time to tell the story of their childhood and teen years, while choosing ten songs that soundtracked their past. Guests have included Martha Wainwright, Myf Warhurst and Missy Higgins – and that’s just the women beginning with M. He also does copywriting, teaches writing course and is an annual writer-in-residence at a Sydney high school. But on top of being super talented, Barry is also a dad. He is married with two young girls, aged four and two. I spoke to Barry about how work as a freelance writer has fitted in with having a family.

Did you take time away from work when your children were born?

When you’re a freelance writer with regular gigs, you can’t just take leave. But for about a month after each birth I definitely pulled right back on anything that wasn’t essential apart from any regular columns so my wife and I could be zombies together.

It was mainly about being a wall to lean on, a shoulder to cry on and a golden retriever going every which way to fetch things (coffee, nappies, sanity, etc.) The first time, my tasks included a range of fun activities such as getting up close and personal with my wife’s breasts to see if our daughter was latching on properly. We have never uttered the word “areola” so much before or since. I guarantee I know more about the trials and tribulations of breast-feeding than any man. And yes, I know that’s nothing compared to what every mother goes through. Men are mere extras and women are the Oscar winners when it comes to parenting, especially as they’re the ones who go through all the physical pain, along with everything else.

Do you structure your work around your family?

Definitely. When my wife went back to work about ten months after our first daughter was born, she decided to work four days a week (Mon-Thur) and I scaled back to four days too (Tue-Fri), while grabbing spare hours on weekends. I look after my daughters on Mondays; my wife looks after them on Fridays. They’re in childcare three days a week. Just this week my elder daughter said “Daddy, my favourite days of the week are Monday and Friday.” Yeah, I went “Awww!” too.

Do you find as a writer, you have more flexibility to manage family and career?

As a freelancer there is more freedom but there’s also more panic, as I have constant deadlines and I don’t get paid for just turning up, I only get paid for what I produce. So while on paper there’s more flexibility, in reality it’s just as difficult – and I would say at times even more difficult – to manage family and career.

What surprised you most about becoming a working father?

I thought I worked damn hard before I became a parent. Now I have less time to do the same work, or even more work than I did before I became a father. I sometimes look back at pre-parenthood days and wonder what the hell I was doing with all that time. Probably wasting it. Now I hit the office and I’m a machine. I’m much more efficient now than I used to be. I am also more tired than I have ever been in my life.

How have you been able to realise success both professionally and personally?

It’s a compromise and a constant recalibration of schedules and timing for both of us to maintain careers and be good parents. I have no belief in astrology, but my wife and I are both Virgos, and we are big on making lists of our goals and doing planning sessions together with our calendars, so they’ve got that bit right.

What’s your advice for new fathers?

I’m still a relatively new father myself, so who am I to give advice? I’m also late to this game, but my buddies who have older kids see my daughters and get all misty, telling me “Mate, make sure you appreciate this, because it’s the best age, it’s over in about five minutes and you’ll wish they could stay like this forever.
PrevPrevious‘One Percenters’ – Navy Nina and Gender Equality
NextDo I need to be in a company for 12 months before being entitled to maternity leave?Next