How Amanda Lawrence Shares the Juggle 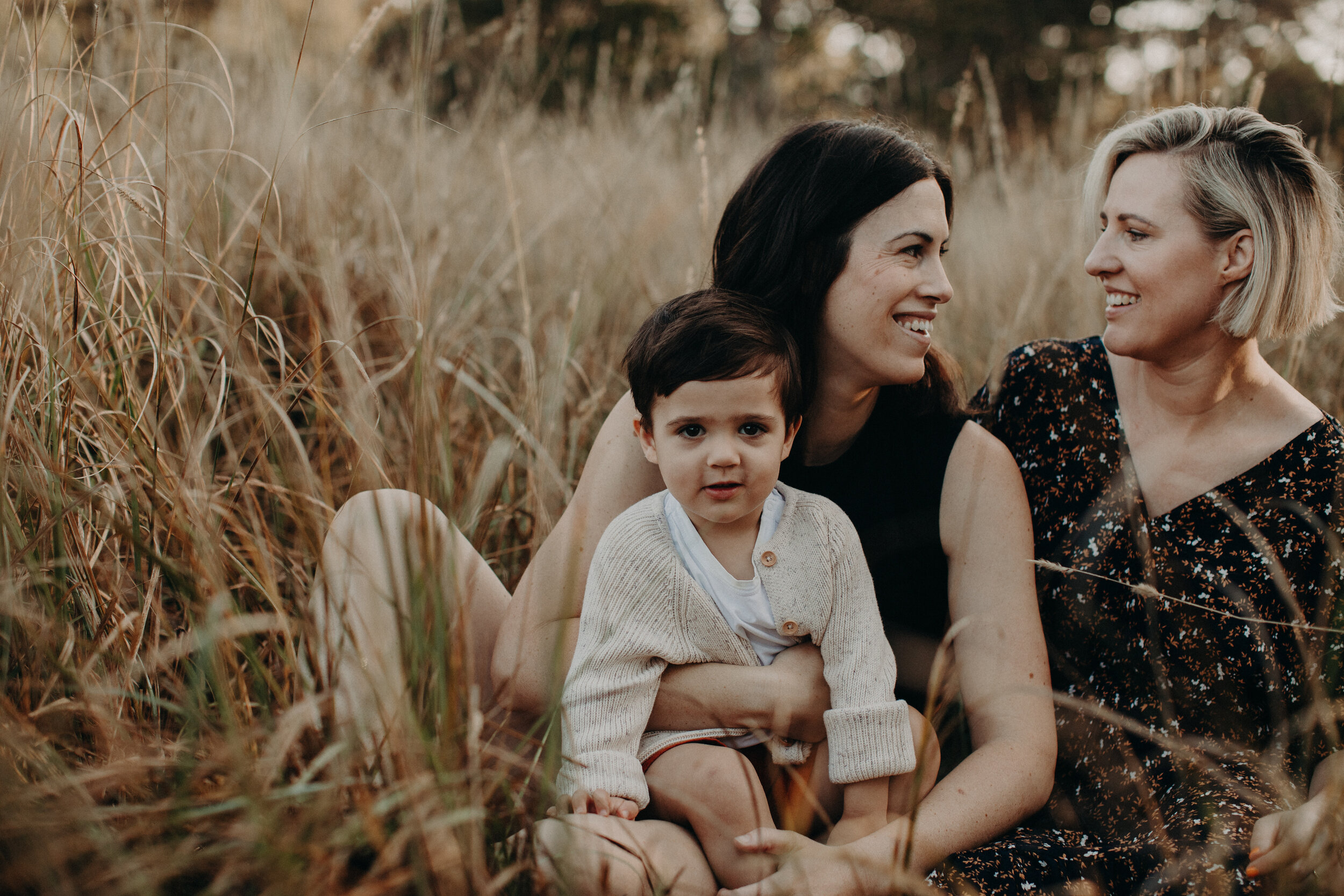 Lauren and Amanda both work for the Department of Premier and Cabinet in NSW. The are also parents to two year old Harvey. This is how they managed parental leave, the witching hour and flexibility.

NEW ZEALAND will always have a special place in Amanda Lawrence’s heart.

Not only is it the country where she popped the question to her partner, Lauren Anderson, with a diamond ring from Tiffany, but it is also in the land of the long white cloud that the couple got some of the best sleep they’ve had since welcoming their son Harvey almost two years ago.

“New Zealand is such a beautiful place, Harvey was able to run around outside most of the day and then he would collapse into bed and sleep through the night,” Amanda says.

“He’s never been a great sleeper. So New Zealand will always be really romanticised for us because it was there that we got some sleep.”

From the moment he was born, little Harvey has been a highly alert and active little boy.

Great qualities for a toddler, but hard yakka in a newborn. 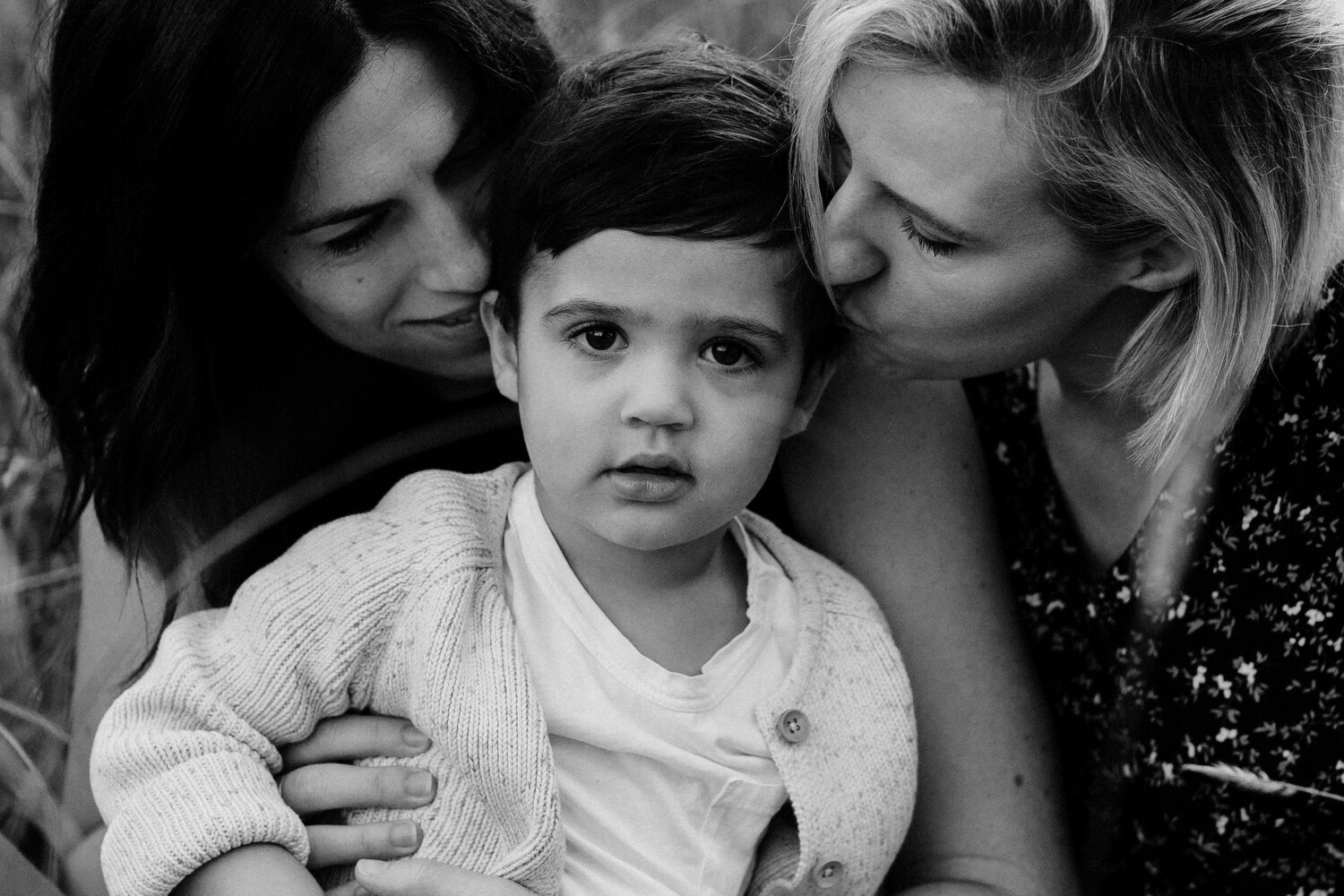 As a result, Amanda reflects that her 15 months of maternity leave could be stressful and exhausting.

“The days were so long,” she says.

“Because Lauren took six weeks off after Harvey was born, she understood what the days could be like. She would always check in to see how I was going.

“But I would find myself texting her at the end of the day to ask: ‘Will you be able to leave on time?’ then, ‘Have you left yet?’ and, ‘Are you on the train?’ 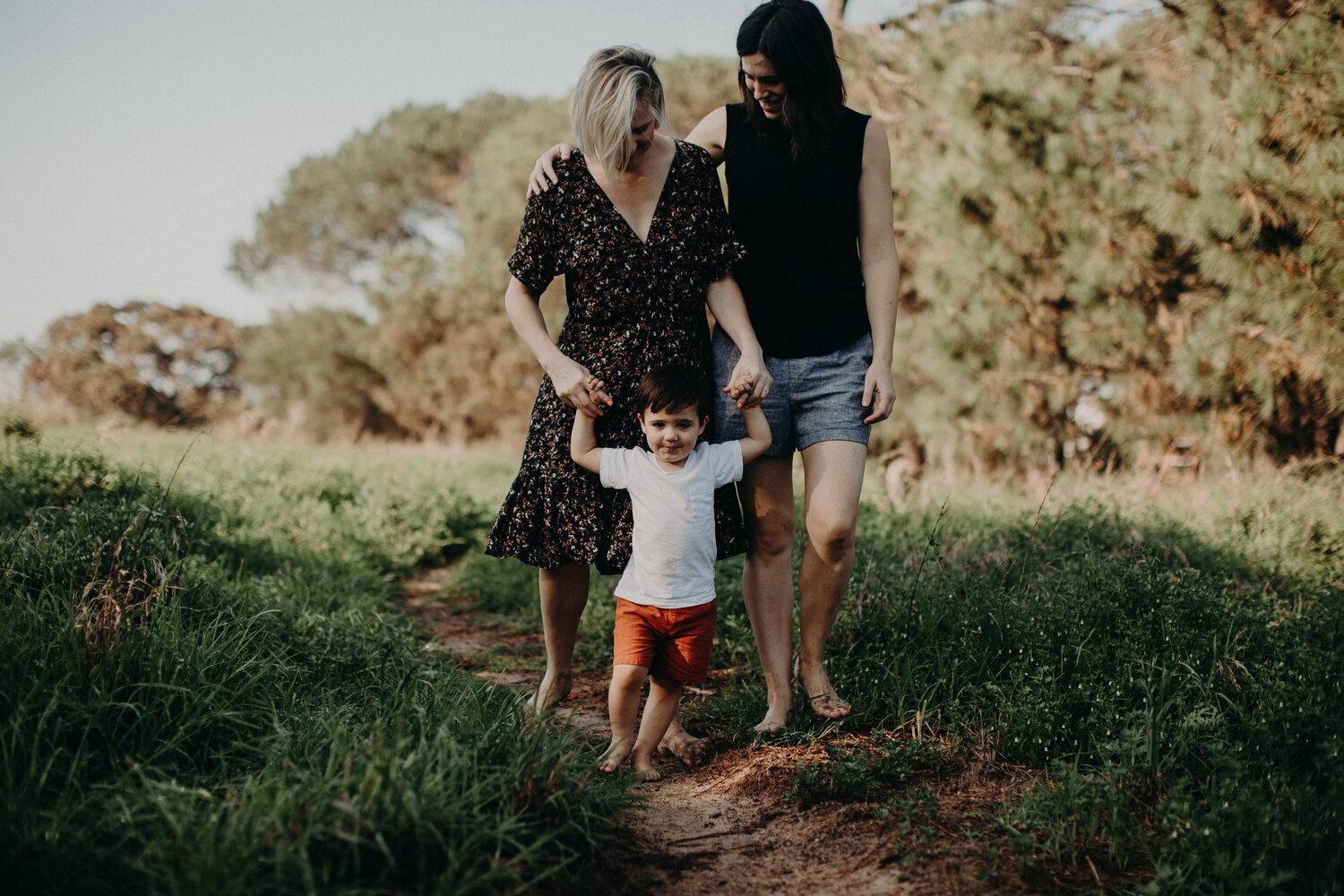 Lauren says it was hard to be at work knowing that Amanda was having such a tough time at home.

“I would feel guilty just going to get a sandwich at lunchtime because I knew Amanda would be at home on the couch with a baby strapped to her screaming,” she says.

“Or she would be out walking with the pram trying to get him to sleep. She would walk 13 km some days.

“It was hard wanting to be in two places at once.”

Lauren and Amanda both work at the NSW Department of Premier and Cabinet. She says being from the same office had made it easier for them to share the juggle.

She says her family also benefitted from the commonly held assumption that women want to work more flexibly once they have a baby because it meant both she and Amanda were given the opportunity to adjust their hours after Harvey arrived.

“My bosses at the time were really proactive about coming to me and asking what they could do to better support me,” she says.

“I think the reason for that is two-fold. One, it’s because they know Amanda and two, because I am a woman.

“I wish that the same sort of proactive support could be shown to all new parents who are not the primary carer regardless of whether they are a man or a woman.”

In addition to supporting Amanda through the challenges of maternity leave monotony and stress, Lauren was also able to help her fiancé navigate her return to work.

Working within the same Government agency should have made sharing the juggle of working motherhood an easier prospect from the get-go, if not for the fact that Amanda’s department had undergone a significant restructure while she was on leave.

As such, the first few months back at work were challenging as Amanda learned the ropes of her new role. Amanda says she is grateful, not just for Lauren’s support during this period of change, but that her bosses were so open to finding her a role within the restructure that would not only make good use of her skills but would allow her to better share in the demands of parenting Harvey.

“Because of our organisation’s commitment to flexible work, we truly are able to be 50/50 parents when it comes to hand-on stuff like doing pick-ups and drop offs and taking days off when Harvey is sick, which is really important to us,” Amanda says.

“No-one is the ‘main’ parent and he sees both of us as having equally important careers.”

Amanda says she learned a lot from both her maternity leave and the transition back to work.  She hopes those experiences will one day assist Lauren. The couple are now hopeful of adding another child to their family soon. This time, Lauren wants to be the one to carry their baby.

“It possibly wasn’t the smartest move to witness first-hand how hard childbirth and maternity leave can be before doing it myself,” Lauren laughs.

“But I am looking forward to carrying a baby myself and I am glad that I don’t have to ask Amanda to take more time out of her career again so soon to add to our family.” 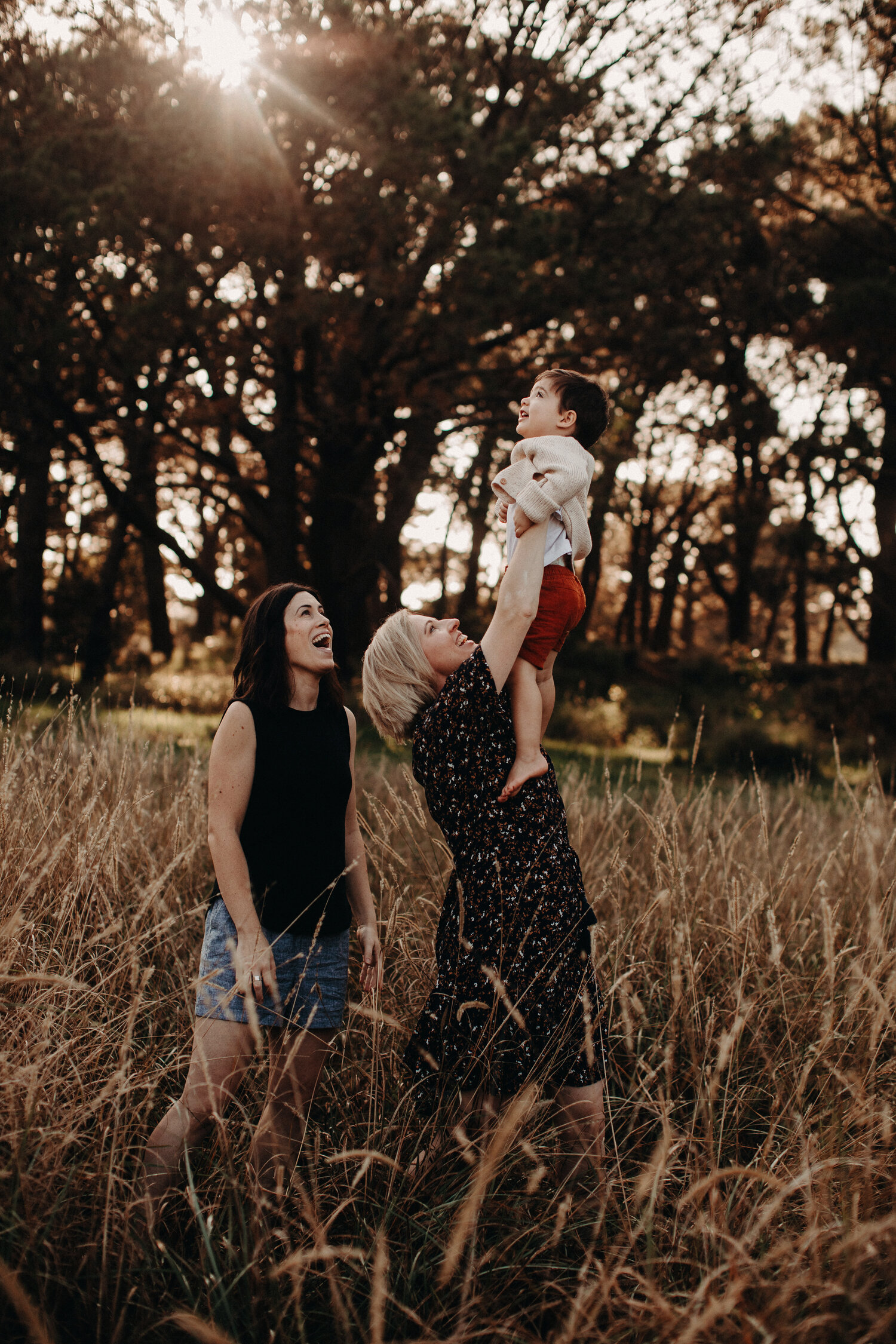 PrevPreviousGrace Papers’ partners recognised as Employers of Choice for Gender Equality
NextHow to work from home… with kids!Next