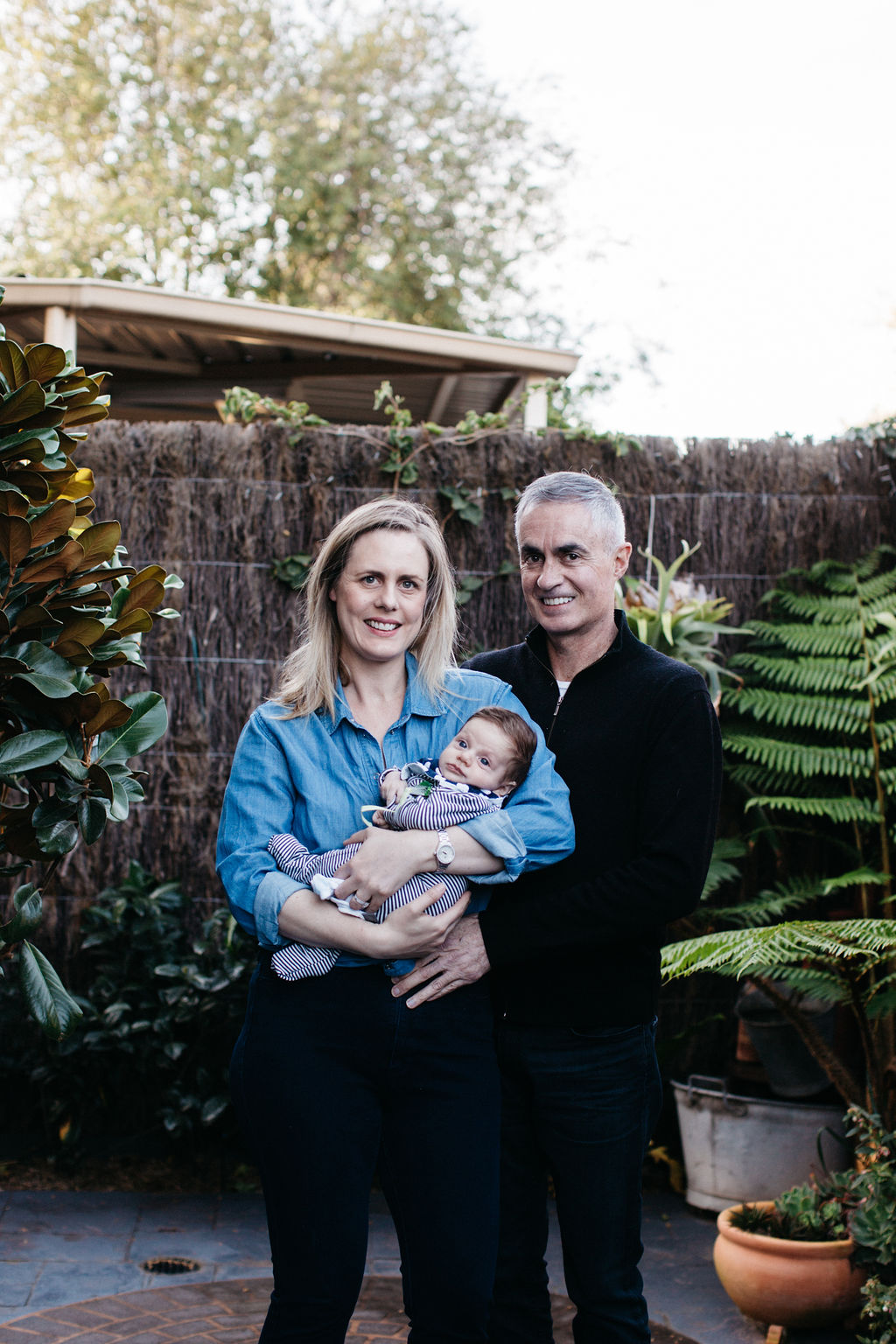 “It was really affirming to clarify and articulate my career ambitions at a time when the norm is to downgrade career plans."

Amelia Chapman had her career path all mapped out until she decided to roll the dice on starting a family.

As the Director of Land, Information and Spatial Services for the Department of Environment, Land, Water and Planning (DELWP) for the Victorian State Government, Amelia works in an industry of mostly male specialists who update and maintain Victoria’s multitude of maps.

It’s a job which has had her working full-time. And Amelia has never watched the clock because she is passionate about what she does.

But last year, she found herself at a crossroads that set her on a new path – motherhood.

“I was a bit on the fence about whether I would have children or not,” she says, while soothing her new baby Max in her arms.

“My husband had kids from a previous marriage, it wasn’t a priority for him, although he was open to it if it was something I wanted.

“So, I thought, let’s just roll the dice and see what happens. And got pregnant pretty much straight away! ‘Meant to be,’ that’s what I thought. So, although it’s been a long time coming it happened quickly.

“From being a working professional who was pretty focused on career to now being a stay-at-home mum for 12 months and then, eventually, a working mum, it’s a real shift that you go through.”

Amelia was halfway through a leadership course when she discovered she was pregnant. She elected to bow out of the program but was hesitant to give up on thinking about where she was headed in her job simply because she was about to become a mum.

“I would use Grace Papers as a way to keep that going because it had stuff about professional vision and what’s your five-year plan for yourself,” she says.

“I’ve used the professional vision to set my five-year goals that envision my new family life and ‘guilt-free’ flexible work.”

“It was really affirming to clarify and articulate my career ambitions at a time when the norm is to downgrade career plans. People often assume that you no longer have ambition when you have a baby so I found it really helpful to have an elevator pitch that lets people know where I want to be heading and that I’ve thought about career after baby!”

Amelia says she now has two reasons to go to work – personal fulfilment and her son.

“Working in the public service really aligns to my core value of wanting to give back to the community,” she says.

“I feel very privileged. Even if it’s something as simple as a map, it’s about making people’s lives better. Because maps are super important.”

“You want to role model for your kids a life that is well lived. And given how much time you spend at work I think it’s super important to do something you love.”

Amelia laughs that finding herself a stay-at-home mother for the foreseeable future has forced her to develop some new skill sets pretty quickly. Through it all, she’s been fortunate to have the support of her husband who runs a consultancy business from the couple’s home.

In the meantime, she doesn’t plan to disappear off the face of the earth into a bubble of baby bliss. She has already talked to her manager about how she wants to use her paid “Keeping in Touch” days. Plus, her department now gets employees to formalise how they want to stay in touch by nominating a sponsor in the office to keep them abreast of the issues they need to be across.

“I have to say probably in my earlier career I kind of thought that to be successful I would have to put in the long hours and to be there all the time. I am hoping that having had this experience of motherhood in this supportive work environment that I can come back and reshape that internal narrative I had for myself because there’s no way I could work the hours that I was working and have a meaningful home life and have it all.”

“So, I need to make some changes too. It’s up to me a little bit to make that a reality.”

Amelia has a great guide in how to do that in Carys Evans, who returned from parental leave herself in February and has stepped up to fill in for Amelia during her 12 months away.

Carys admits she was hesitant to put her hand up for the role so soon after returning, but ultimately saw it as an opportunity to build on her existing skills.

In the process, she has become a role model to other women in the department.

“I have had a lot of people come up to me and say: ‘Wow! It’s great to see someone come back from parental leave and get a promotion rather than shifted sideways,’” Carys says, with a laugh.

Amelia says watching how Carys has balanced motherhood with managing the department by doing flexible hours has been reassuring for her own return.

The whole experience has been a steep learning curve that will, Amelia says, ultimately make her a better and more empathetic leader.

“It’s definitely changed how I think as a manager in how I go about supporting people going off on parental leave or coming back into the workforce,” she reflects. “There are things that I would do differently now that I have done it myself.”