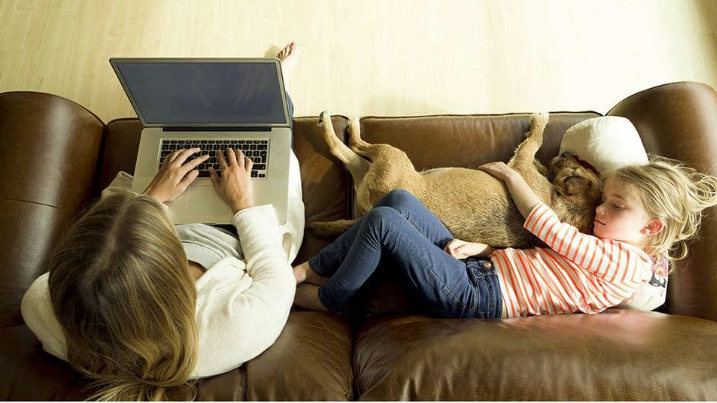 It is still commonly assumed that women, once they become mothers, are less ambitious than men.  And that is especially the case for those seeking to work part-time: according to the Workplace Gender Equality Agency, while women make up nearly half of the workforce, full-time women comprise just one in five employees. But what does the evidence say?

Just four months into a 12 month maternity leave contract, my boss suggested we fast track to a permanent arrangement. Why so soon? Because this was my predecessor’s second baby… she was very unlikely to come back: “They usually don’t,”  he informed me with confidence.

It is still commonly assumed that women, once they become mothers, are less ambitious than men.  And that is especially the case for those seeking to work part-time: according to the Workplace Gender Equality Agency, while women make up nearly half of the workforce, full-time women comprise just one in five employees. And only 6.1% of management positions are part-time.

Of course that data just reinforces the ambition myth. If you aren’t prepared to work long hours, to dedicate your discretionary time to your employer and are opting instead to be a mother, you’re not committed enough to your job, right?

It begs the question: do women opt out for love of their children? Does having a baby cause a woman to lose her professional ambition?

A Boston Consulting Group survey of more than 200,000 employees – including 141,000 women – from 189 countries has turned those questions into myths, revealing their unequivocal findings that:

The survey showed that the ambition gap between women and men aged 30 to 40 was 17 per cent at firms that employees felt were least progressive on gender diversity. At these firms, 66 per cent of women sought promotion, compared with 83 per cent of men.

But there was almost no ambition gap between women and men aged 30 to 40 at firms where employees felt gender diversity was improving. In these firms, 85 per cent of women had sought promotion, compared with 87 per cent of men.

Misperceptions about women’s behaviour may account for their more difficult path to leadership. One report demonstrates that women seek promotions at comparable rates to men, but are less likely to be promoted. Another study revealed that women ask for raises as often as men do, but get them less often.

If talent is distributed equally between men and women, then these findings suggest businesses that are the most progressive on gender diversity will win the talent war.

1. Build a gender-diverse leadership team with the right role models.

3. Make and relentlessly promote structural changes such as flexible work.

4. Track progress and involve everybody.

But these recommendations only address the organisational change element.

It takes more than organisational change to address myths about ambition gaps.

To address the ambition gap, we need to address systemic biases and gendered expectations informed by society. Its about social change, as well as organisational change. And to achieve it, there is no silver bullet.

Social change theory indicates that the most effective way to drive social change is to empower those who have most to gain. This is NOT to be confused with ‘fixing women.’ Rather, its about leaders authorising their culture, listening to understand and believe the experiences of women, so when they are presented with the opportunities to speak up, to ask for pay rises, and to seek out promotions, they are empowered to so.