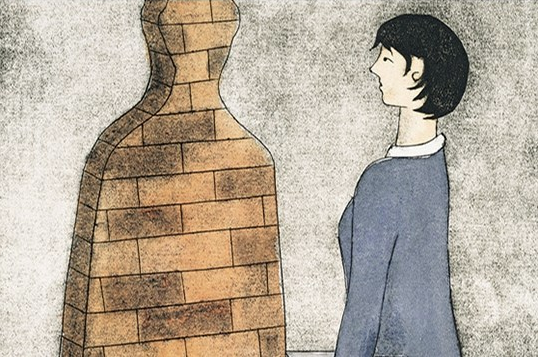 There are more than 20 lab studies that prove the existence of the maternal wall. What do workplaces have to do to dismantle it and increase female representation in leadership?

When it comes to women in the workplace, we hear a lot about barriers to leadership – the glass ceiling, for example. But for many women, there’s another barrier they come across much sooner in their careers: the maternal wall.

The maternal wall is a term coined to describe the drop in career success that female employees often experience either when they become pregnant, while on parental leave, or upon return to work after parental leave.

The problem with the maternal wall is it is often invisible, making it difficult to dismantle. Being built on, in many cases, unconscious gendered beliefs, sees its impact as being to sideline working mothers, particularly those working part-time, because of an assumed belief that they now lack ambition in their careers & commitment to their workplaces.

According to an interactive piece published by The New York Times, there are over 20 lab studies which prove that pregnancy bias exists, not to mention the Australian Human Rights Commission’s findings that it affects 1 in 2 women. Of course, we’re optimistic that this aspect is changing: the latest ABS figures show that more than three-quarters of women are returning to their previous positions after having children, up 6% since 2011.

But if getting back to work is the battle, ensuring there is the right support in place during and after pregnancy is the war. And unfortunately, much of the data continues to show that not only does the maternal wall exist, but it’s pervasive.

Pregnancy isn’t the cost; discrimination is.

According to the Workplace Gender Equality Agency, just 6% of all managers work part-time, and 68.6% of all part-time employees are female. And the maternal wall is a significant contributor to women’s economic insecurity: the weekly median income of primary carers is 42% lower than that of non-carers.

One of the long-term aspects of the maternal wall is the impact it can have on women’s mental health because it erodes their sense of self, their dignity. 72% said their experience of navigating parental leave and their return to work had a negative impact on their mental health.

To unlock the maternal door, its essential that your gender inclusion strategy is multi-faceted:

Start with those who have most to gain

Ensuring your parental leavers feel supported and empowered as they navigate parenthood is an investment in your talent.Social change theory says the most effective way to drive social change is to empower those who have most to gain. But you can’t empower someone without educating them and equipping them with the strategies to address the biases that exist. So the cornerstone of your parental leave program must be education; you’re otherwise leaving it to chance (1 in 2) as to whether or not they will experience pregnancy related discrimination.

Making it safe for staff to speak up is the responsibility of the Board and Executive. To address bias and discrimination, the conversation needs to start at the top. People leaders are often fearful that talking about bias and discrimination could result in litigation. But the real cost is loss of talent & diversity which we know has a direct impact on the bottom line. Spell the business case out, ensuring that your business case is not about an individual employee, but about the bottom line.

One of my all time favourite conversations, was with the Head of People & Culture from one of our clients. We had been engaged to coach all their parental leavers, and from what they were telling us, it was going really well. That this was the case was confirmed during that conversation, but a new problem had emerged; they’d only invested in the parental leavers. There was therefore a perception that this cohort was now communicating in an “entitled” way, as we hadn’t equipped managers with the education and strategies to respond to their asks! Proud to say that this workplace went on to win an AHRI award for workplace flexibility.

Find out how Grace Papers can support your workplace.