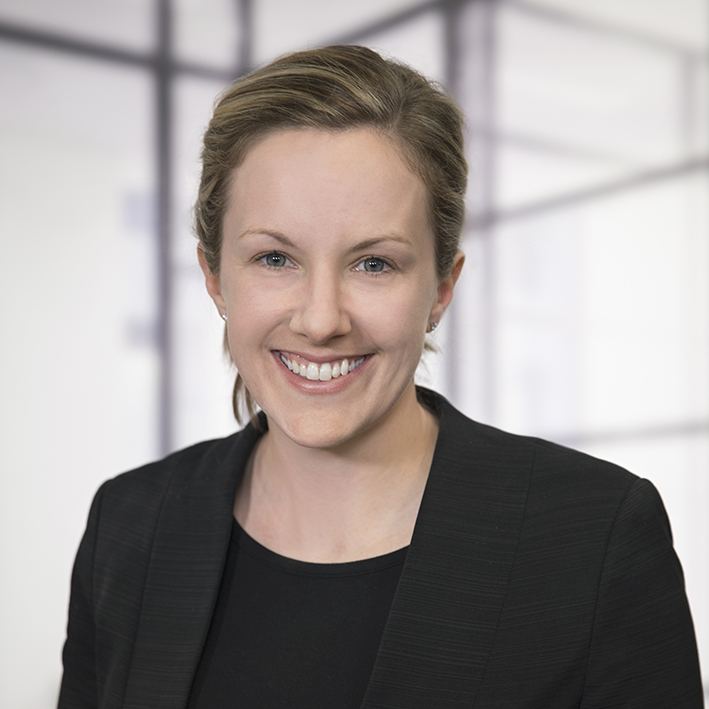 When Julie McKay fell pregnant mid-negotiations with PwC CEO Luke Sayers, she wondered whether those two pink lines meant the end of the conversation. As she embarks on her second parental leave, we spoke to the now PwC Partner for Diversity and Inclusion about her career to date, and how she makes it work as a partner working 3.5 days a week.

Julie McKay was appointed to the role of Executive Director, UN Women Australia at just 23. Within the first five years, the organisation had raised $1 million towards projects that impact the lives of women and girls. She was named Telstra Young Business Woman of the Year in 2011, ACT Young Australian of the Year in 2013 and was also the gender advisor to the Chief of  Defence. But when she fell pregnant mid-negotiations with PwC CEO Luke Sayers, she wondered whether those two pink lines meant the end of the conversation. As she embarks on her second parental leave, we spoke to the now PwC Partner for Diversity and Inclusion about her career to date, and how she makes it work as a partner working 3.5 days a week.

Tell us a bit about your childhood. How has your family influenced your career and parenthood? Did you have strong role models around you?

I have a very close family. They believed very strongly in the importance of education, but also instilled in both my brother and I, a sense of responsibility to live a life that involved passion and commitment to making a difference in whatever area we chose to work.

I lost my brother when I was 25, and it had a profound impact on me. Suddenly, I had lost the person I thought I was guaranteed to have with me for my entire life – the person who gave me courage and challenged me to think bigger and differently about the issues I was working on. I made a commitment back then to live for us both – to try and make sure that all the amazing things he should have gone on to achieve weren’t just missing – I guess that is a key driver for me now.

If you have your way, where will women be in the workplace in ten years?

Everywhere. Ten years from now, I really hope we are not still having conversations about 30% targets for women on boards and how we might attract women into ‘non-traditional’ roles. I would love to see the conversation about women in the workplace addressing the fundamental issues of needing to rebalance power and privilege in our society. I hope that more men have had the opportunity to be primary carers and that the balance of unpaid care work has shifted to be more equal.

We had been talking about this role for a number of months and when I found out I was pregnant, I suddenly thought that will be the end of the partnership discussion and this incredible opportunity.

To Luke’s credit – he didn’t miss a beat, congratulating me on my news and then continuing to talk about the role. I started in the role twelve months after it was announced, having initially committed to taking six months’ leave and then freaking out that I wasn’t ready to come back to work, and requesting six more months. Luke’s response in that moment gave me a lot of confidence about the leadership of the firm and what I was walking into.

I’m not sure if I would recommend that someone move cities and change jobs while on parental leave, as I did – it was tough. New organisation, new systems, new people and new guilt about just about everything.  But, being new, I was able to establish clear boundaries around my role and how I wanted to work and was lucky to have a fantastic team who were excited to support me.

As a Partner at PwC, how do you balance the expectations of partnership with a part-time arrangement?

I have worked part-time for a number of years. Before having my daughter, I worked part-time at UN Women and part-time as Gender Advisor to the Chief of Defence, so more than a full-time role – but two different organisations, half a week at each – and this set me up well for returning to work part- time. What I came to realise is that I was far more efficient and productive part-time!

At PwC, our offices are conducive to working flexibly which helps. I am part-time which isn’t overly common, but I try to set boundaries, which means saying no to meetings that are  on my non-work days, and be flexible to change my days if something critical comes up.

In my first few weeks, I actually found myself saying, “I am currently part-time, but hoping to be full-time ASAP.” Thankfully, I was called out on this by my Director who said, “There are a lot of people looking at you and hoping that you can demonstrate what success looks like in a part-time capacity. You undermine that when you promise to be full-time soon.” What amazing advice – from that day, I committed to being very loud and proud about being part-time.

I also have honest conversations with clients about being part-time and, to date, have had nothing but support.

I think there is a lot of excuse making in professional services about the client not accepting someone who is part-time. The hardest thing has been my own expectations of what I can achieve in 3.5 days, learning to delegate more effectively and say no more often.

How do you think your second parental leave might differ from your first? What, if anything, will you do differently?

Ha, I wish I had a crystal ball. I suspect my two-year-old won’t put up with me going for long lovely walks, or having coffees and reading while the baby sleeps. She seems excited about the impending baby – though has suggested that we put the baby’s car seat in the boot and leave the baby at home when we go to  the park. I’m going to try and relax and enjoy the time a bit more.

As a first-time parent, I was so nervous, constantly reading books or blogs and seeking advice. Trusting myself a bit more is something I am hoping to do.

I also haven’t set ridiculous expectations about reading X many books, deepening my knowledge of some obscure issue that I really should know about or running 10 kilometres before returning to work. Partly I haven’t had time to do any of that planning, and partly I realise now that it isn’t really necessary.

A struggle that mothers often share with us at Grace Papers – and that we are working furiously to address – is the mental load. How do you and your partner make it work?

I think the issue of who carries the mental load is a really significant barrier to gender equality. We have generations of women being brought up to expect they can do anything they want, many of whom partner with men who have not been having similar conversations throughout their lives about how they might need to think differently about their roles, jobs and family life – there’s a big gap emerging.

As I am sure you can imagine, I have fairly strong views about these issues and have been incredibly lucky that my partner was open to having really good conversations about sharing care work and the mental load before we had our daughter.   At the time, those conversations were difficult and tedious – but they have set us up well I think.

Sam took three months off wh en I started at PwC – which I realise is not possible for every family – but that time was amazing for him and our daughter, as well as allowed me to start back at work feeling much more comfortable about things at home.

In your Ted Talk, you speak about your approach to gender equality with an emphasis on the individual as a site of change, which we love. What is your advice to others wanting to advocate for change?

Jump in. Don’t wait for your CEO or HR leader to make the changes or invite you to participate. If  you see something  that you think needs addressing – address it. For each and every one of us, the cultural norms are set by the standards we walk past.

Supporting employee networks, calling out, in the right way, attitudes or behaviours that impact equality and just being curious about those around you – seeking to understand what makes them tick and supporting them to be their authentic selves – will have a huge impact.

The mistake most businesses make is that they start designing their diversity and inclusion strategies before they understand the experiences of their people and where they are at on their journey.

I believe that all businesses need to be addressing diversity and inclusion through an intersectional lens, and underpinning that, they need to understand what their data tells them and the experiences of their staff. We are doing a lot of  work in this space now with clients, which I hope will yield a step change in diversity and inclusion in the years ahead.