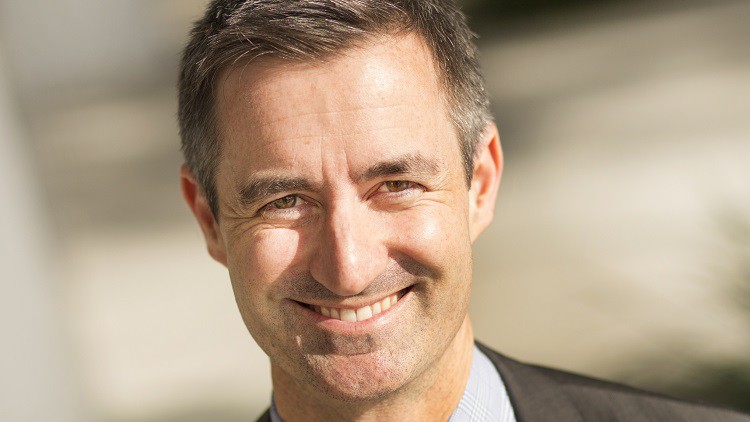 Adam Fennessy, husband, father of three, partner at EY and former public servant for over two decades speaks to us about how we can all take responsibility for championing change.

We catch up with Adam Fennessy, husband, father of three, partner at EY and former public servant for over two decades to find out more about how we can all take responsibility for championing change in the workplace.

We’re all responsible for championing gender equity in the workplace, but it’s not always easy to be the person who puts their head above the parapet to fight for what’s right.

We spoke with Adam Fennessy, a father of three, a partner at EY and former public servant with over two decades’ service at state and federal government level, to find out more about his experience of championing change in the workplace.

Tell us about becoming a father for the first time…

I became a father 12 years ago, and it was an overwhelming experience. You think some sort of magic dust will be sprinkled over you that will make you ready to become a parent, but you’re still the same person, with the same behaviours and biases! You need to develop your parenting skills and learn new behaviours.

How did you work out parental leave?

A colleague of mine was a part-time executive, and she asked me if I’d go part-time. I was worried I’d find it embarrassing or that it would affect my career, but my colleague challenged me on that. When I told my boss that I wanted to spend more time with my children, he said ‘well there goes your career’. I received push back at every stage. And then again when a new boss came along, who wasn’t particularly supportive either and wanted me to go full time. In the end, I voted with my feet and left.

By the time I went back to working full-time, I still worked 4.5 days a week on principle! At that time, I had worked my way up the hierarchy and was in a position to enable and support flexible working arrangements for those in my own team. When I became Secretary (CEO equivalent) of my organisation, we made all roles flexible throughout the organisation.

How did you go about making a business case for flexible working?

I wanted to bring flexible working into my own workplace, so I leveraged data from other organisations to put together the evidence base. This approach was eventually adopted across the Victorian Government, which has around 36,000 public service employees, and over 265,000 in the broader public sector. It was a slow push – as author Dr Anne Summers says, ‘progress is not success’.

You’ve been successful at increasing female representation in the workplace- can you tell us how you worked with recruiters to get there?

While I was the CEO equivalent of the Victorian Government’s Department of Environment, Land, Water and Planning, I made increasing the percentage of women in our executive team a top priority. When we hired new members of our executive, we’d task recruitment firms with bringing us a gender balanced shortlist, and we would convene a gender balanced recruitment panel. If the recruiters couldn’t bring us a balanced shortlist, we’d stop working with them. 28% of the executive were women when I first started, and it was 50% two and a half years later. We called this ‘conscious merit’ – it allowed merit to flow through the process in a way it had not been able to before.

How do we get men more involved to see how gender equality can benefit them?

I think you’ve got to go right down to the language – I talk about ‘parental leave’ instead of ‘maternity leave’, and we actively encouraged more men to work flexibly so it moved away from a women’s issue, or a men’s issue to an issue for all of us. There are numerous reasons why people might need flexibility at work – parenting, looking after ageing parents, study, starting up their own business – and we celebrated that via our internal social media. For example, I shared selfies of me dropping the kids off at school – it might sound cheesy, but if you’re a father, dropping your kids off at school is absolutely normal, and as a leader, I wanted to model that behaviour.

I have now joined as a partner at EY in our Government and Public Sector practice. I am proud that EY is a strong supporter of Grace Papers, and encourages women and men to work flexibly. EY recently conducted a “Flextober” campaign as a way of raising awareness during October amongst our staff – both men and women – of the benefits of working flexibly for our people and our organisation. This reflects EY’s purpose of building a better working world.