Don’t Let Pregnancy Be a Break In Your Career 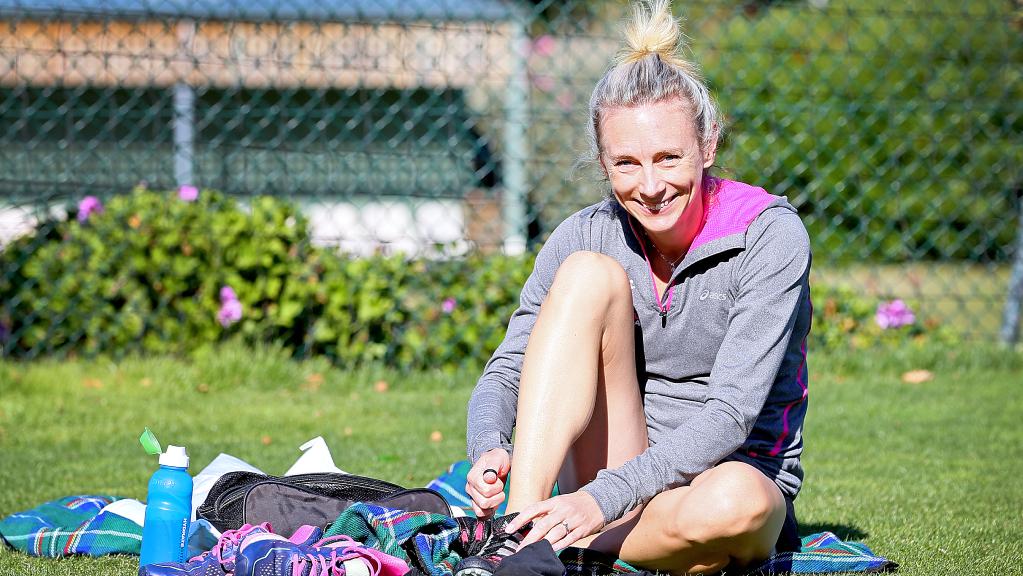 Lauren Jauncey, previously Head of Diversity and Inclusion at Australia Post, reflects on how she maintained career momentum during her pregnancies.

We catch up with Lauren Jauncey, previously Head of Diversity and Inclusion at Australia Post, to find out how she maintained momentum in her career during her three pregnancies.

There are many important personal events that take place during the course of your working life, and becoming a parent is often one of the biggest. However, it need not spell the end of your career, as it does for some 30% of Australian women. In fact, pregnancy is the perfect time to reflect on your values and vision, and re-orient your career compass. To find out more from someone who has been around the track, we caught up with Lauren Jauncey, previous Head of Diversity and Inclusion for Australia Post, a mother of three, and author of the Australia Post Gender Action Plan.

You had three children whilst you were working at Australia Post- that means three maternity leaves! Could you tell us a bit about your experience?

My husband and I are originally from Tassie, and we had our first child in Melbourne. A few months into motherhood, I realised it was bloody hard work having a baby and no family support, so we decided to go back to Tasmania to be closer to our families. At the time I was working as a Talent and Leadership Consultant for Australia Post. I thought I’d have to quit my job, but I felt I had a lot to offer the company so I went to speak to my manager about it. Together we came up with a plan which worked really well both ways, which allowed me to work from Hobart with some travel back to Melbourne.

What advice would you give to other women who would like to ask for an ‘outside the box’ arrangement in terms of their return to work?

It’s all about developing your business case. You’ve got to be really clear about the value that you’re going to be able to add to the organisation. Make it a no-brainer.

“Prove that what you’ll add is too good for them to say no to!”

How did you communicate your pregnancies to your managers?

In all three cases I was reporting into female managers who were working mums themselves – so it was a pretty easy conversation. However, I do recall during my second pregnancy that I opted out of a really great career opportunity. My manager had asked me to apply for her role as she was about to take maternity leave herself but I didn’t go for it as I was coming up to my own maternity leave. In hindsight, that was a big mistake. I remember having an ‘aha’ moment while I was breastfeeding and reading Lean In by Sheryl Sandberg. I should have applied for the role as I would have learnt a lot and could have offered the team a lot, even if just for a few months

Have you faced gendered expectations as a couple in terms of you being the primary career-person and your husband caring for your children?

I think it’s been more difficult for my husband, Lucas, than for me. There’s an increasing amount of support out there for women who choose to take on the career role, but I don’t necessarily see the same level of acceptance and support for men taking on the parenting role.

There’s a lot of bias that goes around when it comes to our attitudes towards mothers, but we think you’ve proven that you can be all and so much more after you’ve had children, you won a state title!

That’s true! I won the Tasmanian 200m State Title after having Frankie, my second child. Of the various successes I’ve had in athletics through my life, this was by far the most rewarding, and I think that’s because I had my two of my girls and husband on the side cheering me on.

You’re responsible for a really bold act that shows how we all have a role to play in calling out everyday sexism. Tell us about the Stawell Gift…

The Stawell Gift is probably one of the best-known foot races in Australia, but the focus has predominantly been on the men’s race. The prize for the men’s race is worth around $60,000, compared to $6,000 for the women’s race. I realised that Australia Post was the main sponsor, so I ended up sending a bold email to the executive managers who were responsible for the sponsorship – it was quite strongly worded! I ended up having a great discussion with one of the executive managers about it. Now Australia Post only sponsors the women’s race, and it’s worth $60,000 in line with the men’s race!
PrevPreviousWhy You Need A Professional Vision
NextHow to Champion Change in the WorkplaceNext