The heartbreak of motherhood 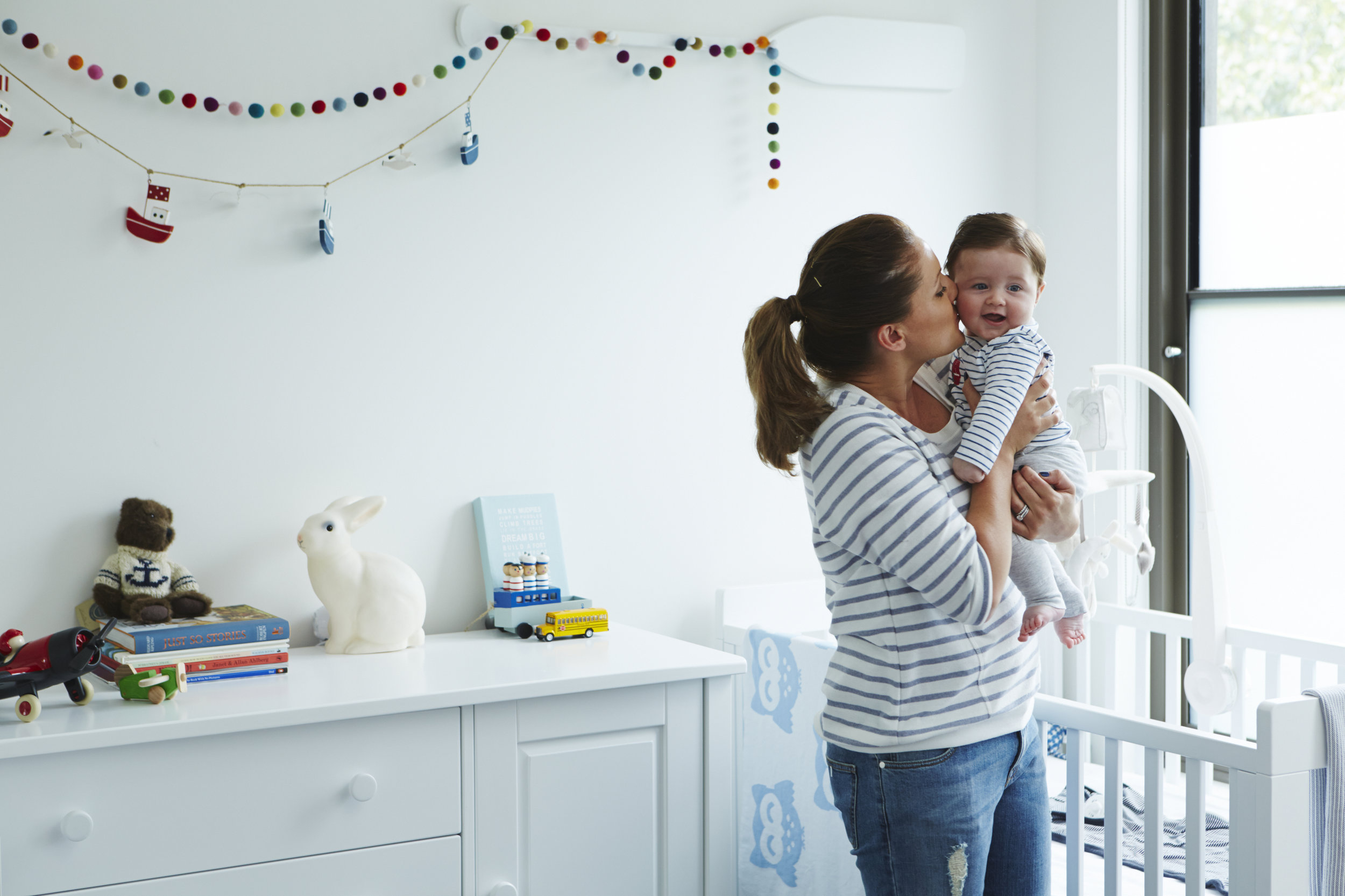 We share the story of Alex and Ben Tighe.

Parents of two healthy kids, Alex and Ben Tighe never expected their third pregnancy would go so horribly wrong. Alex had never had trouble getting pregnant and never had a miscarriage. Her 20 week scan was a success and all was well with the baby. But then, at 24 weeks pregnant, she went into premature labour and they lost their son, Jack.

“In an instant my world shattered into a million pieces. It was like the air had no oxygen. It felt like I was choking (it still does).”

She was devastated, angry and helpless.

“After he was born (labour was 24 hours) I just can’t describe the sadness holding this precious little boy who had slipped away from us. It was surreal. 24 hours ago he was kicking away vibrantly in my tummy. And now he was gone? I was angry for him – he had a life to live and never got the chance. He was perfect in every way. He was absolutely gorgeous and the exact image of his big brother.  Three days ago we had just returned from a lovely family holiday in Noosa and I was looking forward to the next three months of the pregnancy and rounding out our family with our last bubba. Now he had been born premature and it was all over. Just like that.”

What’s more, her life was left in danger too. She was haemorrhaging internally and had to have an emergency blood transfusion. There was no rhyme or reason to it, nor any way to detect it, but what had happened to her, had been happening to mothers for centuries. The only positive for Alex was that she lived in an era of modern medicine which meant her life could be saved.

“My obstetrician was amazing. She helped me through the labour and never left my side for the whole night. It is about the only thing I had to feel grateful for – a wonderful obstetrician who was top of her game and saved my life; and a complete stranger who donated their blood to save a life like mine.”

Shortly after Alex lost Jack her obstetrician was diagnosed with cancer. She lost her battle 12 months later. “Losing Helen was like losing a piece of Jack again. She was a connection to Jack and that was gone now too.”

Even though the grief remained strong for a long time, Alex had to continue living. She still had to get up, go to work and smile. And what’s more, she had to continue being a parent.

“For a long time I don’t think my experience made me a better mother. I was so focused on having another baby, and of course the devastation from the loss of Jack was always there. I never felt I was happy in myself. I was at work and I was coping but there was a huge sense of loss and pain always lurking. And that guilt. I was guilty if I was happy. And I think that really effected how I interacted with the kids.”

Alex and her family grieved for a few years and when they felt ready, decided to try again. What followed were three more miscarriages. The first one was at 13 weeks. Not only did she miscarry but she also contracted sepsis (blood poisoning) and became very ill and once again her life was in danger.

But Alex was determined. She kept fumbling through the system, each miscarriage hitting harder than the last. “But nothing compared to losing Jack.” She found a wonderful Professor, Sue Walker, the Head of the Department of Obstetrics and Gynaecology at Mercy Hospital for Women, who guided her along her journey.

Alex researched and researched. She talked to doctors in the States and across Australia and was determined to find an answer. “Every test came back negative and said that everything was fine. But it obviously wasn’t!!”

And at 35 weeks, Isabelle was born. A healthy little girl who to this day is thriving with a full head of hair!

Jack’s life will forever shape Alex and she will “never ever take anything for granted again, especially my children.”

“It’s been so hard but I feel I am stronger in many ways. I guess life can be crueler than we could ever imagine, but it’s important to hold what you have close and cherish it.”

In his memory, Alex has fundraised extensively for Sue and her amazing team at the Mercy Hospital for Women who are devoted to improving outcomes for premature babies like Jack and reducing the number of lives lost.

“In his legacy I want to make a difference. I am in awe of these doctors. They have such a hard job and yet they still find the strength to keep helping. I wouldn’t have had the courage to try again without Sue and I wouldn’t have Isabelle if it wasn’t for her support – medically and personally.”

In Australia, more babies die at birth or in the first 28 days of life than the national road toll. In 2012, the year that Alex, Ben and their family lost Jack there were 2558 perinatal deaths, compared to 1310 killed on our roads.

Around one in 130 births end in the death of the baby. Often, as was the case for Alex, there is no explanation or answers as to why things went wrong, which only compounds the loss endured. Sue and her team were critical in helping Alex and her family.

Alex was fortunate enough to meet some amazing health professionals who are working hard at saving these precious lives and to give families like hers hope. And now, professor Sue Walker, has launched a new perinatal medicine program at the Mercy Hospital for Women with the aim to be a world leader in research into reducing the number of perinatal deaths.

If you would like to contribute to Jack’s legacy and help raise funds for research, you can do so here.

If you’ve experienced a miscarriage or the loss of a child, there is advice and support at hand. Get in touch with the people at SANDS as soon as you can. They can help you navigate this terrible time and help you better deal what you’re going through. Please don’t go it alone.