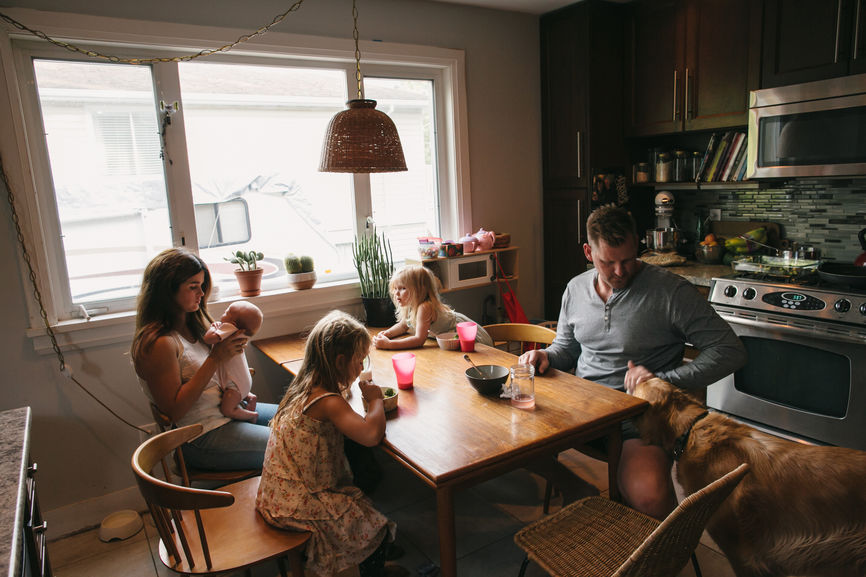 We take a look at the revolutionary parental leave policies in the UK, which give men the opportunity to care full time for their new baby.

A year ago the UK government introduced a revolutionary policy giving men the opportunity to care full time for their new baby. The shared parental leave scheme offered parents the ability to split 52 weeks’ leave, receiving some payment for 39 of those weeks. Its introduction was a real win for men, women and children. Dads would finally have the time to bond with their baby and learn how to parent. Mums would have an opportunity to return to work sooner, helping to bridge the gender pay gap and bring equality to the workplace. And families were finally given choice and flexibility when it came to caring for their children. Or so it was thought… Research published by My Family Care to mark the one-year anniversary of SPL has revealed that the scheme isn’t working. Over 1000 parents across hundreds of businesses were surveyed to reveal that only 1 in 100 men are taking up the opportunity. In fact almost half the businesses surveyed hadn’t seen a single male employee use the scheme. Why are British men so reluctant to take this time away from work to be with their new baby? Why aren’t they embracing their role as a parent and providing women with the flexibility to stay engaged with their professional careers. Men and women should be fighting for these freedoms, shouldn’t they? They should, and many are, but the reluctant uptake of the scheme highlights that its not just a matter of slapping down a piece of legislation and telling guys they can take more time off. The legislation needs to be well designed, attitudes need to change, businesses need to get involved and we all need to embrace the idea that men are parents too. There is much that Australia can learn from the UK’s experience with the shared parental leave scheme, and here’s some of it…

1. Dads should be given an individual right to parental leave, not tied to a mother’s entitlements.

SPL only offers dads leave if a mother is willing to sacrifice part of her entitlements. Many women want their partners to take leave, but not in exchange for theirs. According to Tom Beardshaw, paternity expert with The Executive Coaching Consultancy both men and women need to have “an allocation that is dedicated to them.” “We know from successful international models that when men and women are given the same entitlement to parental leave, they take it up in large numbers,” says Beardshaw. What’s more, the conditions attached to SPL mean that many men are actually not entitled to it. For example, if a woman is self-employed or not in paid work, and she doesn’t qualified for leave then neither does her partner. Research by the national trade union centre shows as many as two in five new fathers are ineligible for shared parental leave because they failed to meet the qualifying conditions. All working fathers need their own parental leave opportunities, and they need to be paid at a rate that makes it rational for their families to take it.

The research indicates that the low take up of SPL was because families couldn’t afford to split the leave. For the first six weeks of parental leave, a parent receives 90 per cent of their salary. But for the remaining 33 weeks, leave is provided at £139.58 per week or 90 per cent of a person’s salary, whichever is lowest. This is about half the minimum wage. In about two thirds of British families with children, men are the highest earners, so the sacrifice of salary associated with shared parental leave is greater. It doesn’t make financial sense for better-paid male parents to take shared leave, and so they don’t. Parental leave needs to be a financially viable option for dads to take.

3. Attitudes have to change

The slow uptake of SPL has also been caused by the stigma attached to a father’s role in parenting. Even though the policy is giving some men the opportunity to stay home with their new baby, many working dads still feel it’s their duty to go to work and earn money. Men still hold onto an antiquated view of masculinity, which sees their identity tied to career and earnings. And that needs to change. Half of the men interviewed for the study also said they thought taking leave was perceived negatively at work. And unfortunately, in many workplaces it is. Men are still seen as the breadwinners and women as the carers and the flexibility given to mothers by businesses is not equally being extended to fathers. Employers need to acknowledge that shared parental leave is a positive thing for their workforce. They need to demonstrate that men could be happier, more productive and better skilled as a result of taking it; a greater asset to the company. If employees feel that their workplace is just paying lip service to the idea of men and women being equals, then the stigma associated with flexible working and shared leave will never disappear. Employers must promote taking leave and working flexibly from the highest level in order to erode the stigma attached to taking it.

Fifty-five per cent of mothers interviewed said they don’t want to share their leave. There is a powerful instinct, created by society’s perceptions of women as carers, that tells mothers no one else can care for their child as well as they can, even their fathers. But women need to stop seeing fathers as second best. The pervasive undercurrent of ‘men are useless’ is everywhere, littering the internet, popping up in mothers groups and at the school gate. Society tell us that women know best, but in fact, they don’t they just get more practice at parenting. And its time for mums to take a step back and allow dads to parent too. No policy can instantaneously erode a culture, embedded for centuries, in which a father is the main breadwinner and the mother is the primary carer. But good legislation, an encouraging workplace culture and changed attitudes towards men and women, from men and women, can have a great impact on gender equality. I hope that Australia learns from the UK’s lesson, and quickly.
PrevPreviousOsteopathy, motherhood and putting yourself first
NextGrace Papers is making a differenceNext