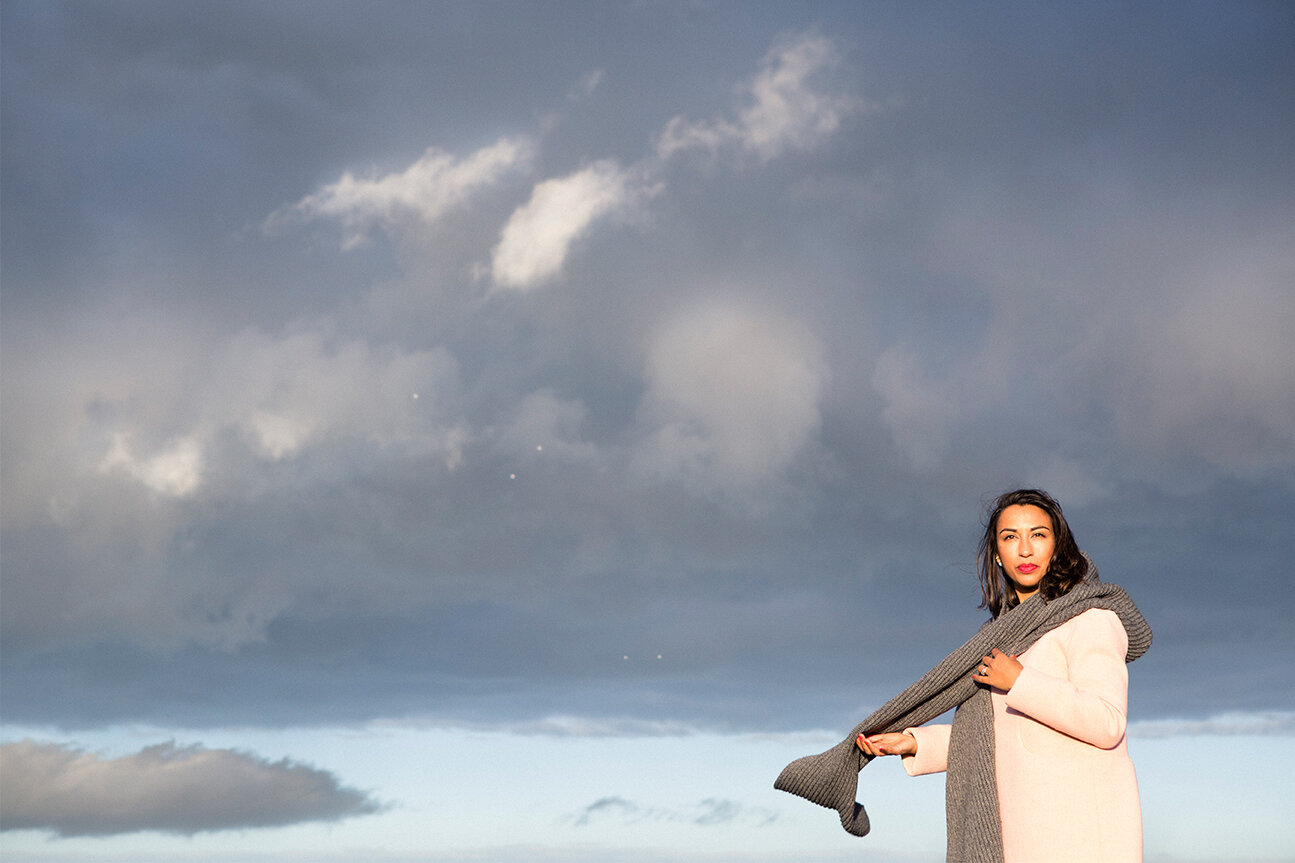 Dr. Emma Fulu appeared to have it all. An international career working for the United Nations, a happy marriage, three children. Here, she opens up about what went wrong and how she found her way to a better place.

“Option A is not available. So let’s just kick the shit out of Option B.”

Dr. Emma Fulu appeared to have it all. An international career working for the United Nations, a happy marriage, three children. She’d signed a five-year contract to lead a global programme on violence against women in South Africa when she was still breastfeeding her twins. She was on the speaking circuit. She was doing what she loved. Her life appeared perfect on paper, but reality told a different story. She didn’t last a year before she “totally and utterly burnt out”.

After resigning, Fulu returned to Melbourne, went on Centrelink, and moved back in with her mother – husband and three kids in tow. She was the sole income earner of her family and was now recalibrating, starting from scratch. After countless hours of therapy, rest, and eventually separating from her husband, Fulu founded The Equality Institute, a global feminist research and creative agency dedicated to the prevention of violence against women.

“People often ask me, after I’d had the twins, how I survived. And I say, ‘Well, actually, I didn’t. My career didn’t survive, my health didn’t survive, and my marriage didn’t survive. So here I am, I guess, three years into being a single mum.’”

For Grant Cosgriff, he really did have it all. A happy marriage, three young children, a fulfilling career at Rowing Victoria. Then one morning, everything changed. He awoke to find his wife of two decades, Kirsty, had passed away in her sleep. She had been living with petit mal epilepsy and sudden unexpected death was a possibility they had not been warned about. His life was turned upside down. While he took life day-by-day, the village stepped in.

“My kids are now 24, 22, and 20, and seemingly well-adjusted,” said Cosgriff. “But that’s certainly something that is a product of our village, which is maybe forty people. My closest friends, Kirsty’s closest friends, and then our respective families.”

If 2020 has taught us anything, it’s that life doesn’t always go to plan. Relationships break, happy realities are thrown off course, Plan A’s disappear. What we are left with is a new path we may not have chosen, but one we can shape regardless. As Sheryl Sandberg recalled a friend saying to her when she was grieving her husband’s sudden death: “Option A is not available. So let’s just kick the shit out of Option B.” Dr Emma Fulu and Grant Cosgriff are two people who have done just that, and they joined Grace Papers to discuss adapting to single-parenting and embracing the personal and practical aspects of the journey. Here is what they’ve learned.

Sit with the Grief

“I often think the most challenging times are our greatest teachers,” said Fulu. After her burnout and separation, grief would appear sporadically and in unexpected ways. She would go from crying in the car to pulling herself together and picking up the kids from school. “It’s very much a journey and it’s not a linear journey,” she said. Fulu went to therapy, she journaled, and engaged in a lot of self-reflection to process her separation. “I do a lot of meditation and those things really helped me – not to push grief down but to – really go into grief and go into the pain and come out the other side,” she said.

“It’s not that it’s ever gone, but there’s something different on the other side that you couldn’t have imagined.”

When Kirsty passed away, Cosgriff’s employer at Rowing Victoria called and said, “I don’t expect to see you.” He was given seven and a half weeks off, no questions asked. Cosgriff didn’t have the leave but it didn’t matter, and that moment taught him the value of trust and gratitude between a boss and a worker. He has treated his own employees with that same trust and generosity ever since. The time off gave him the space he needed to process his grief, and recollect himself before moving forward.

Reconcile The Guilt, Ask For Help and Role Model

Fulu felt a lot of guilt around balancing her career and motherhood. Ending a marriage brings its own guilt. In order to overcome it, and become an empowered solo-parent who was also running her own business, Fulu had to recognise the importance of role modelling in her own household. “Children don’t learn by what you tell them, and we know this from around gender equality issues,” said Fulu. “You can tell a child that they can be what they want to be one million times but unless they actually see that modelled and reflected in front of them then they don’t really internalise it. So, for me, being able to model genuine happiness and freedom and to be able to pursue my dreams and to create a life that is meaningful to me – that also feels like a service to my children.”

While Cosgriff had countless friends and family to lean on, asking for that support brought on its own guilt. “The guilt is a completely unreasonable situation that you put yourself in,” he said. “You expect to be Superman or Superwoman and you will do it all yourself.” Every time you ask someone to do something, [you believe] that in some way waters down your superhuman powers and that’s burdensome to others. In reality, it’s the complete opposite, because it gives you some space to actually still be yourself, so that allows you to work or have relationships or exercise or do whatever those passions might be. Which allows your children to see you as a person beyond being a mother or a father. So I think you need to work through that stage of guilt.”

The first few months after Kirsty’s death were a blur for Cosgriff, but after a period of just surviving each day, he began to make conscious choices about the life he wanted to lead. “It’s important to move from that period of ‘I’m just surviving day-to-day’ to a position of striving to be the best version of yourself,” he said. “That’s so that your kids can see you haven’t just stopped in time and that is who you are, but that you’ve made conscious choices. At one point Gosgriff took his new girlfriend and three children – at seven, eleven and thirteen – overseas for an eight-week backpacking adventure. “I look back on that and I think what the hell was I thinking?” he reflects. “But at the time it was something to go, ‘You don’t have to just be ultra-conservative…’ It was also supposed to teach [my children] that the world in front of them has limitless opportunities.” Not retreating back into “the easy things” allowed his family to move forward.

Don’t Divide Yourself Into Two, And Carve Out Space For The One

For working single-parents, it’s easy to fall into the trap of existing as a worker, and existing as a parent without ever acknowledging the two co-exist. Fulu fell into this trap when she had a partner, and it’s a habit she’s overcome as a single-parent. “One of the reasons I burnt out, and why I did so badly was because I’d torn myse lf into ‘two twos’,” she said. “I was trying to live this false ‘professional self’ and another ‘mother-wife self’. What I think I’ve done over time, is start living my life as a human – which is a messy, integrated person – and to not try and keep that false dichotomy there.”

Fulu works flexibly now, and encourages her staff to do the same, while also encouraging them to take time out for themselves. To prevent her own burnout, she meditates and does yoga. She doesn’t watch the news, limits social media, and is conscious of the content she consumes. To balance her work in activism, the books she reads are uplifting. She doesn’t have notifications on her phone and avoids email at night.

She also ensures she carves out some space to process her feelings. “The other day I was feeling pretty crap and emotional,” she said. “I sat with it and I realised I felt lonely, but it wasn’t just that: I felt alone in the experience of being a single parent. You can do 15 loads of washing and cook three meals that no one appreciates and play games and there’s just no witness to your life,” she said. “I felt like, especially in lockdown, I’m doing all these things and no one notices. What I realised was I felt lonely in the experience of it, that no one could see any of it. And when I realised that, and when I spoke to some friends about it, I felt better. But if I hadn’t actually sat with it long enough to go, ‘No, I’m not just tired. There’s some other emotion going on here’, it probably would have festered and gotten worse. It’s hard to find the time, but sitting with your own feelings sometimes really helps.”

So how can we – as friends and colleagues and leaders – support single parents in our communities, and help them feel less alone in their experience?

Sheryl Sandberg wrote in Option B: Facing Adversity, Building Resilience, and Finding Joy – a book she co-authored with her friend and psychologist Adam Grant, after her husband’s sudden passing – that “post-traumatic growth could take five different forms: finding personal strength, gaining appreciation, forming deeper relationships, discovering more meaning in life, and seeing new possibilities.” We can support single-parents by helping them build these areas of growth by:

Our vision at Grace Papers is for workplaces and the community to support all parents, and especially those more vulnerable, such as single parents in living full, messy human lives where they can lean on others and reveal their full selves. For workplaces, this begins by encouraging flexible work and creating psychological safety for all employees to bring their whole selves to work. This does not just improve productivity and profitability in workplaces, but allows people to embrace their Plan B’s – and maybe even find new possibilities within them.

If your organisation is a partner of Grace Papers, login to explore our latest program. To find out more about partnering with Grace Papers, contact us here.