Divide and Conquer: The art of the job-share 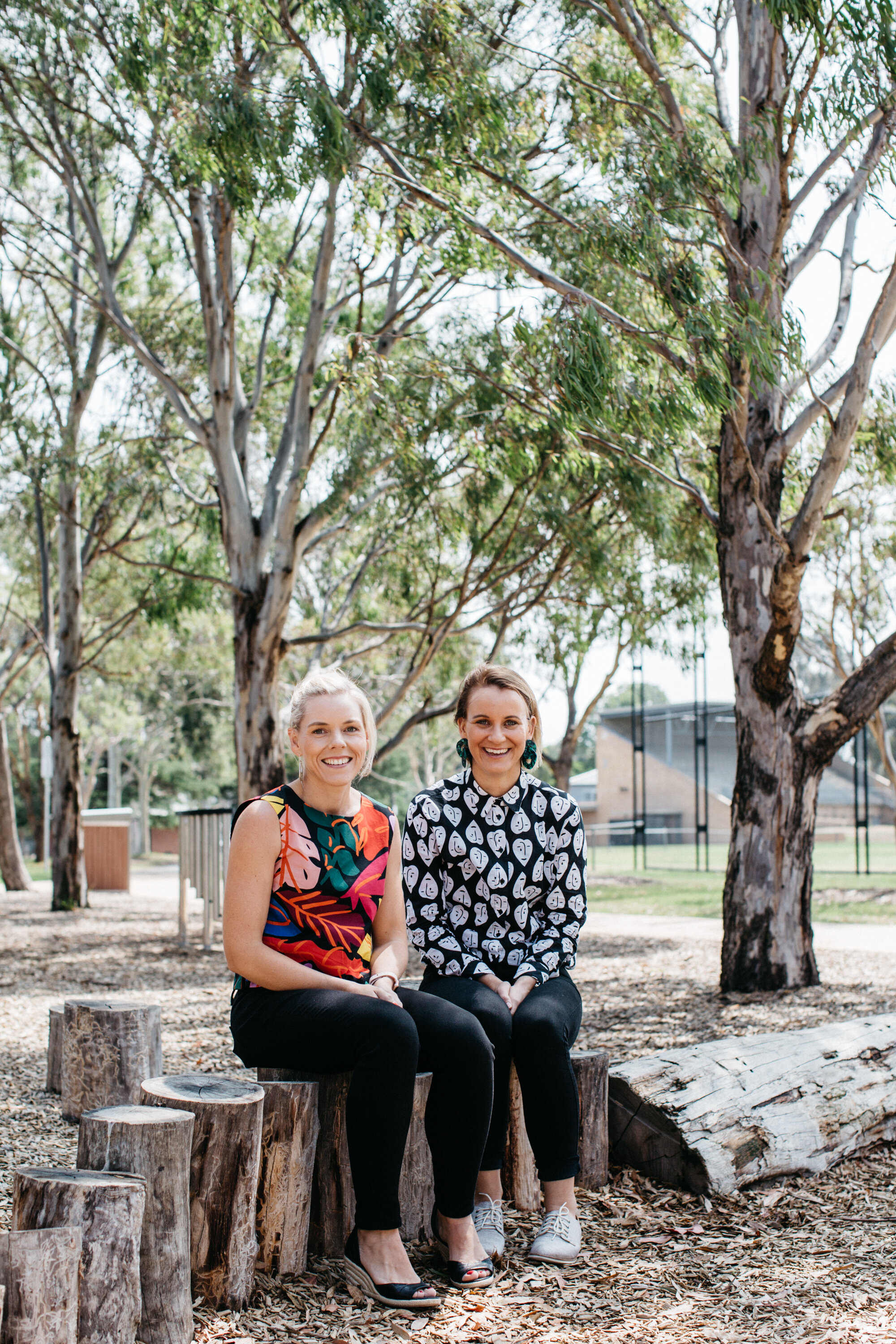 Kristyn Hanna and Claire Sherwill from Victoria's Department of Health and Human Services share their tips for a working job-sharing relationship.

KRISTYN Hanna and Claire Sherwill share everything at work from their strong work ethic to their recent salary negotiations.

Just like the cast of Friends, who famously lobbied to be paid exactly the same amount while starring on the hit 1990s sitcom, Kristyn and Claire wanted an equal fiscal playing field when they began job-sharing at the Victorian Department of Health and Human Services last month.

“It was really important for us to be on a completely equal foundation when we started,” Claire says.

“We wanted to make sure we were on the same salary because we would be doing the same role.

“Talking about your salary can be an awkward conversation but it was something that was important to us.”

Both mothers with young children, Claire to daughter Eloise, almost two, and Kristyn to son Riley, eight, and daughters Lucy, six, and Phoebe, four, the pair were already working part time when they saw an opportunity to progress their careers by teaming up.

Already friends who had worked well together in the same team, the pair decided to apply together for the role of manager of employee wellbeing and support.

Throughout the application process and beyond, Claire says Grace Papers had been an invaluable source of support and guidance.

“Grace Papers were talking a language that was appealing to us,” Claire explains.

“All their material, their approach and their guidance resinated with the journey we were on. They were able to provide coaching and support both in preparing us for interview (including an impromptu coaching session on Collins St when I randomly ran into [Grace Papers’ chief] Prue!) and helping us transition into the role as a job-share team. Their support has been relatable, easy to navigate while also being thought provoking. Once engaged with Grace Papers we felt we are part of a family.

“They have helped us to own our professional vision and not let flexibility get in the way of progressing our careers.

The women’s manager Nicole Fauvrelle says that although the Department supports flexible work arrangements, she had never seen a joint application for a management position.

“I was really excited about the idea and the opportunity this presented, not just for Claire and Kristyn to continue their professional journey but for the whole team,” Nicole says.

“In the current environment of budget constraints, a job share arrangement involving an overlapping day took some effort and advocacy to get the business side of things across the line.

“But we work in the People and Culture branch, if we can’t make this work then who can?”

Nicole plans to work closely with Claire and Kristyn to help them find their groove in the new arrangement. All three are optimistic and determined to make the job-sharing work not just for themselves but to pave the way for others.

“I hear it all the time, people saying: ‘I ONLY work two days’ or, ‘I ONLY work three days.’ Stop saying ‘only’! You work part-time. That doesn’t mean you are any less capable.”

Nicole says having Claire and Kristyn share the role will be a benefit to their team because, while they share similar skills sets, they bring different strengths to the table as well.

“We work in a very similar way, although Kristyn takes organisation to a whole new level,” Claire laughs.

“As a mother of three she has to be organised, so I am learning from her.”

Both women now work three days. Kristyn takes the front end of the week and Claire the latter half. On Wednesday they are on site together, sharing the same desk.

“But we don’t sit on the same chair,” Kristyn jokes.

“It’s fine because we work on laptops so one of us will find a spare desk to sit at on Wednesday.”

There have been a few teething problems to the new arrangement. For starters, the department’s payroll and HR systems weren’t designed for job-sharing that involves two people job sharing on a three-day each basis to one position number. But any problem they have faced has been dealt with together, with determination and a good sense of humour.

“I don’t think it would be possible to do a job like this with someone who you didn’t have complete trust in,” Kristyn says.

“You must have transparency as well as open and honest communication. You need to have a genuine relationship with the person you are working with.”

The pair add that their arrangement works because it is a true job share.

“I think you both need to be working three days a week for it to be 100 per cent equal,” Claire says.

“If one person is doing three days and the other is doing two it provides an opportunity for one person to take the lead. That easily becomes unbalanced.”

The main downside of their new arrangement, both women lament, is they don’t get to spend as much time together in the office as they had previously.

Luckily, they make up for that in text messages, emails and afterwork socialising like true Friends.

PrevPreviousA Firm Approach to Flexibility
NextIs it time for a StayCation?Next