Fighting For Equal Pay in the AFWL 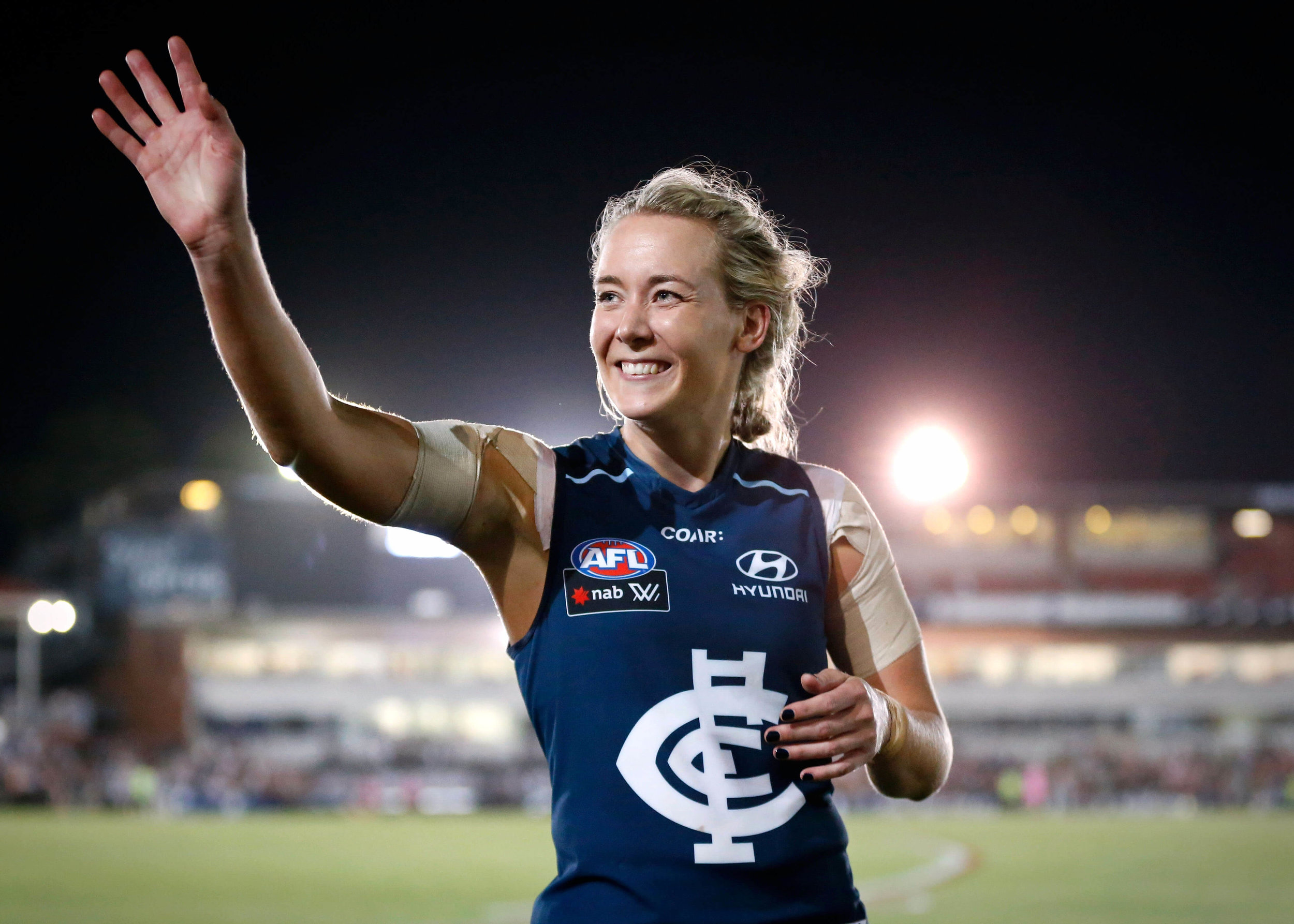 A conversation with Lauren Arnell, Captain of Carlton Football Club, where we discuss the AFLW pay debate and the fight to give gender inequality the boot.

In sport, women strive for equality on and off the pitch. We catch up with Lauren Arnell, Captain of Carlton Football Club, to find out more about the AFLW pay debate and the fight to give gender inequality the boot.

The establishment of the Australian Football League Women’s (AFLW) in February this year marked a pivotal moment in women’s sport, bringing female achievements on the pitch into the public eye. However, as sponsorship deals and advertising contracts are drawn up, a polarising debate has opened up about the remuneration of female athletes. We catch up with Lauren Arnell, Captain of Carlton Football Club, to find out more about the journey so far.

Lauren, Thank you so much for joining us today. What a big year it has been for you as you’ve stepped into captaining the Carlton Football Club. Reflecting back on the year, what have been your top three highlights?

It has been an incredible 12 months and this is a great question – I’m learning now that I do need to spend a little more time reflecting! My highlights of the year, in no particular order, would have to be:

What impact has the AFLW had on gender equality discourse in Australia?

This is one of the added, and perhaps unforeseen, bonuses of the AFLW. As players, we started out because we love the game. When we were asked to evaluate what we thought we were worth, it started a really eye-opening journey that gave me lots of opportunities to learn about gender equality. There have been four key women who have helped me on this journey – Prue Gilbert (Grace Papers), Rebecca Smith (PwC), Sarah Green (Of Character), and Libby Lyons (WGEA Director). I think the AFLW pay debate will continue in the long term, and I believe that eventually we’ll see AFLW players remunerated fairly as full-time athletes. However, there’s still a lot to be done and I believe it always starts with education.

The AFLW 2018 pay deal has been heralded as an important move for the league. What do you believe is the next step in this area?

It’s a positive step forward, but there are undoubtedly many more discussions to come between the AFL and the AFLPA. One tricky element is revenue – for the first season of the AFLW, free entry for all was a way of making the games inclusive and welcoming, and broadcasting of all games was particularly important. While we’re not building revenue, the argument for fairer pay for players is weakened.

Tell us a little bit about your childhood. What gendered expectations did you face as a young girl growing up in country Victoria?

I am a triplet and spent my childhood on a cattle farm in Clarkefield, north of Melbourne. Dad was a full-time police officer and Mum was expected to look after the kids and the house, plus all types of hands-on farm work. In that respect, I grew up with varying elements of gender stereotypes. We kids also helped out on the farm, and being triplets helped us to discover our own distinct personalities, and sport became my passion. I vividly remember the only doll I was ever given – mostly because I disliked it so much! Mum has always been a strong role model in my life – if something needs doing, you just get it done.

Do you have a message for young girls thinking about playing AFLW?

Give it your best go! No matter what you want to do, find a way. If playing footy is your passion there are now endless opportunities for you to get involved. Enjoy!
PrevPreviousImportance of Parental Leave and Return to Work
NextFatherhood: Navigating ChoicesNext